Its weapon, which is also known as its sword may resemble the thorn which could be found in the stem of a rose.

This plant is best used with a defensive plant to safely deal high damage to zombies.

However, he is pretty much a downgrade of Bonk Choy being the latter but slower, costlier and can not attack behind. It is mot recommended to upgrade him as they are very weak and there are better options to upgrade, 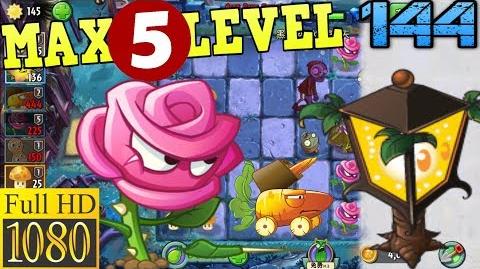 Retrieved from "https://plantsvszombies.fandom.com/wiki/Zorrose?oldid=2183359"
Community content is available under CC-BY-SA unless otherwise noted.