For other uses, see Zombot.

In wind or rain, lightning or thunder, comes the zombie king of the sky!

Dr. Zomboss spent two days overnight researching, using the zombie industry's most cutting-edge bionic mechanical technology, the Zombot Vulture Fighter's release earned much applause, so much that it is heard that a few zombies clapped so hard until their hands dropped off.

Zombot Vulture Fighter is the boss in the Sky City in the Chinese version of Plants vs. Zombies 2. It is battled in Sky City - Ultimate Challenge. It covers only one lane, unlike most of the other bosses in the Chinese version, and can create any Sky City zombie except for Flag Pilot Zombie, Transport Boat and Missile Zombie on the lawn. It can attack with its wings and legs (first and second stage) or with its gun or two electrodes which create an electric current (third stage). As a bonus attack, it can also kill plants in front of it with its beak.

The Zombot Vulture Fighter is armed with 6 special attacks:

Planting plants like Wall-nuts wouldn't help much since it would only leave two columns of space to plant other plants, however Infi-nut and its Plant Food effect would protect a whole column without taking up too much space for other plants, and if you add Infi-nut's costume it would make another column of forcefield that you can use to protect flying plants with. Although the downside to this is the forcefield shares damage done from all columns, plus at one point Zombie Fighters are spammed destroying the force field faster. 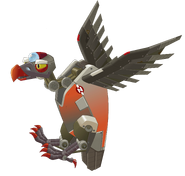 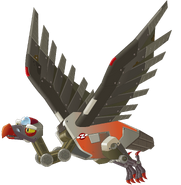 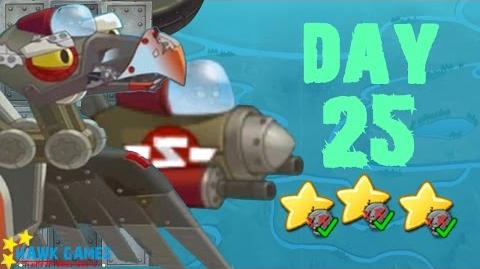 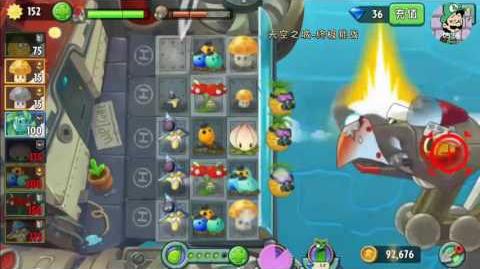 Stunned while changing its appearance between Phase 1 and 2

Using its wings to create a whirlwind (animated)

The whirlwind created by the Zombot as its charge attack 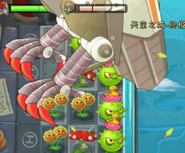 Using its legs to take out 2 plants on the lawn

Killing a Ghost Pepper with its beak

Changing its appearance between Phase 2 and Phase 3 (animated)

The warning before attacking plants with bullets 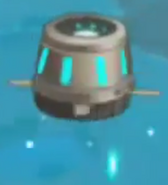 One electrode after the other one is destroyed, which acts as a blocker 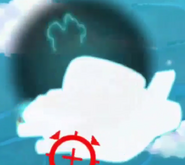 Traveling back in time after being defeated

Zombot Vulture Fighter in an advertisement for a boss event 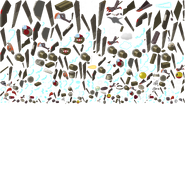 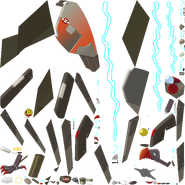 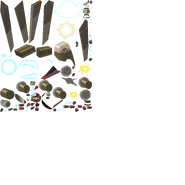 ATLAS 01
Add a photo to this gallery

Zombot Vulture Fighter on world map (v1.7 and lower)
Add a photo to this gallery

Retrieved from "https://plantsvszombies.fandom.com/wiki/Zombot_Vulture_Fighter?oldid=2332024"
Community content is available under CC-BY-SA unless otherwise noted.