For the version in Plants vs. Zombies Heroes, see Zombot Plank Walker (PvZH).

The plant plundering privateer of the high seas.

Cannon can rain down imps past your defenses

(all Power Mints and instant-plants) (can block him from charging)

The plant plundering privateer of the high seas.

Special: cannon can rain down imps past your defenses

"Hoist the mizzemast, batten down the hatches! 15 zombies on a dead man's boat, yo ho ho and a bucket of brains!" Dr. Zomboss had to admit he was really getting into this whole pirate thing. Though he never thought he'd be on a boat on a boat.

The Zombot Plank Walker randomly performs one of the following actions: 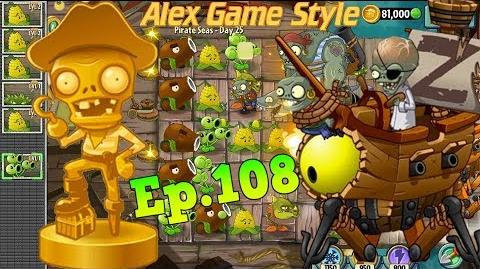