The Zomboss Down DLC update of Plants vs. Zombies: Garden Warfare was released on April 15, 2014. It introduced one new map, eight new variants, and three new Spawnable Plants. Cactus Canyon was the new map of the DLC, it is a Gardens & Graveyards map. For more information, see this.

We’re very excited to announce the release of the Zomboss Down Pack for PvZ Garden Warfare. Zomboss Down features a brand new Gardens & Graveyards map "Cactus Canyon," where Zombies have crash landed in the desert and need to fight their way to a local golf course and destroy a secret Plant facility located under the 18th hole. 8 new characters have also been added as well as hundreds of new CRAAAZY customization items to collect! In addition, this pack also contains hundreds of tuning/balance changes, and bug fixes. We hope you enjoy it! 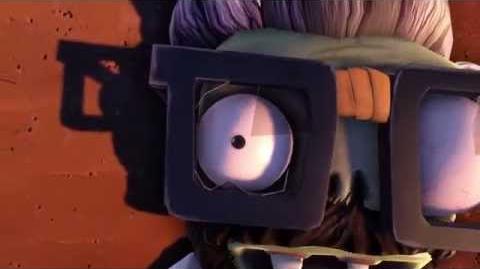 Retrieved from "https://plantsvszombies.fandom.com/wiki/Zomboss_Down_DLC?oldid=2242551"
Community content is available under CC-BY-SA unless otherwise noted.