This mini-game is based on the game Insaniquarium, also created by PopCap Games. 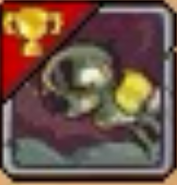 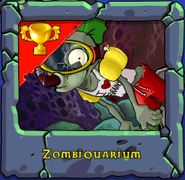 The sound that plays when a Snorkel Zombie dies.

Simply feed the zombies when they get hungry. They will turn green if they are hungry. If a Snorkel Zombie hasn't been fed for 20 seconds, it will disappear. You should collect sun and occasionally buy more zombies if needed until they have produced enough sun for the trophy. It is a good idea to keep one brain floating in the tank at all times, as you can tell when zombies are hungry by seeing if they swim towards it.

A lot of Snorkel Zombies. 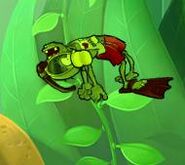 A dead Snorkel Zombie in this mini-game

Completed by MyNameIsMyName
Add a photo to this gallery 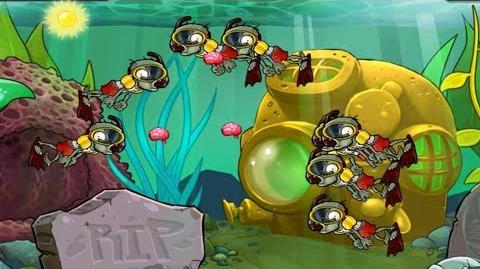 Retrieved from "https://plantsvszombies.fandom.com/wiki/Zombiquarium?oldid=2289711"
Community content is available under CC-BY-SA unless otherwise noted.