Plants vs. Zombies Wiki
Register
Don't have an account?
Sign In
Advertisement
in: China exclusive, Archived, Zombies,
and 8 more
English

Rushes in groups to munch on your brains.

Zombie Piggy (僵尸小猪; pinyin: jiāngshī xiǎo zhū) was a zombie in Plants vs. Zombies Online. Two of them were released from Hawker Carts at a time.

Zombie Piggy absorbed 90 damage per shot and did not degrade. 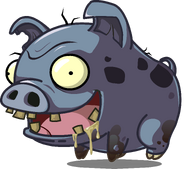 As seen on the official website of Plants vs. Zombies Online (old version)

As seen on the official website of Plants vs. Zombies Online (new version) 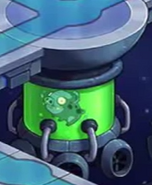