Quickly flies from the Captain to carry away a plant.

Can fly to plants in other lanes to take them away

(can blow away zombie, however, only when flying to a plant)

(can instantly destroy any Zombie Parrot)

Pirate Seas - Day 9 (Dynamic)
Pirate Seas - Day 13
He's a third generation aviation revolutionary. He wants to serve his pirate brethren like his father and his grandmother, Salty Anne, before him.

Zombie Parrots are released by Pirate Captain Zombies. Upon doing so they steal plants if they are not defeated in time or the plant is not dug up in time (similarly to Bungee Zombies). Iceberg Lettuce is useless against it as it is an airborne zombie, but Blover and Hurrikale can eliminate it with ease. After stealing a plant (or attempting to steal a plant that is dug up in time) Zombie Parrot will return to the Pirate Captain Zombie's hat and its attack pattern will repeat until it is killed or until there are no plants left.

Quickly flies from the Captain to carry away a plant.

Special: can fly to plants in other lanes to take them away

He's a third generation aviation revolutionary. He wants to serve his pirate brethren like his father and his grandmother, Salty Anne, before him.

The Zombie Parrot absorbs 300 damage per shot and does not degrade. It will be eliminated immediately if hit by Kernel-pult's butter, shrunk by Shrinking Violet or blown away by Blover or Hurrikale.

Prior to the 7.4 update, Pirate Seas - Day 34 was the 34th day of Pirate Seas. But after that as of the 7.4 update, level expansions were removed from the world maps and placed into epic quests. Because of this, this level is no longer accessible from the map, and must be accessed when the epic quest is available.

Zombie Parrot is at its deadliest in this level since this is a Last Stand level which an additional objective "Don't lose more than 1 plant". You can just plan to destroy a lot of these zombies as fast as you can before she can stealing your plant & count as a losing plant. Moreover, you shouldn't use instant or some plant that disappear so Blover still count. All of these reason, players should machinate their strategy judiciously just because of this zombie. 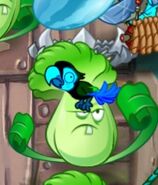 A slowed down parrot trying to take a Bonk Choy 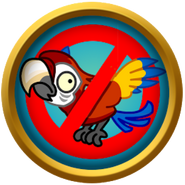 A Zombie Parrot attempting to steal a Tile Turnip

Zombie Parrot retreating. The Pirate Captain Zombie must be defeated first before the Parrot returns to it. 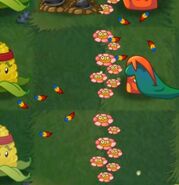 Dead Zombie Parrots. Note that its feathers are spawned when dead. 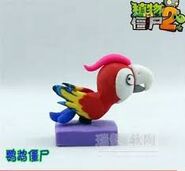 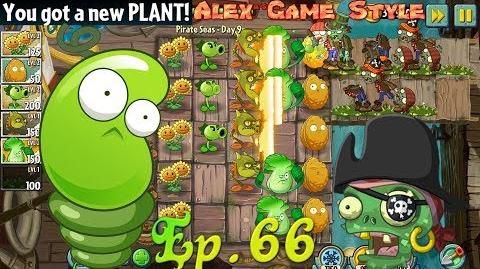