When played next to a Zombie: Make another random Zombie that costs 1

.
"What counts is not necessarily the size of the dog in the fight; it's the size of the fight in the dog." - Wight Z. Diesenhower
Zombie's Best Friend is a triassic super-rare zombie card in Plants vs. Zombies Heroes and a member of the

. It does not have any traits, and its ability makes a random zombie that costs 1

It is based on a dog, a type of domesticated animal; in particular, it resembles a basset hound, a type of hunting dog.

Its name is a reference to the term "man's best friend," a tag usually given to dogs due to their history with humans, with "man" changed to "Zombie," referring to the side this card is on. Its pet tribe refers to how dogs' ancestors were domesticated.

Zombie's Best Friend is meant to be an early-game nuisance by making another zombie for your opponent to destroy, and thus, split their defenses on three zombies instead of two (three and two because you already need a zombie alive on turn 1). With luck, it can be something truly annoying like Zombology Teacher, Quickdraw Con Man, Cat Lady, and Planetary Gladiator, but it can also be something less useful or more situational like Mustache Waxer or any of the 5 basic zombies.

But for Zombie's Best Friend's ability to activate, you need to play a zombie on turn 1, and it has to survive. A zombie with either high health or the Amphibious trait is optimal, as it is harder to hit or destroy. While there are examples in other classes like Planetary Gladiator, Cat Lady, Snorkel Zombie, and Swabbie, you do not even have to look for them because there's Quickdraw Con Man. Unlife of the Party is also an option as it can be boosted from Zombie's Best Friend twice.

Here is the list of the zombies it can make:

Since it is a pet, Electric Boogaloo can use it in his pet deck. However, Zookeeper, Pied Piper, and Squirrel Herder are much better turn 2 plays, and while Zombie's Best Friend's ability can make pet zombies, it can make something completely unrelated. Still, it does serve as extra firepower and is better than nothing.

Zombie's Best Friend shines mainly in a Valkyrie deck and can be considered as a replacement for or a substitute for Barrel of Deadbeards. The aforementioned zombies are a very popular choice in Valkyrie decks, mainly because they provide you two zombies for the cost of one, and unlike in most cases, you won't really care how useless the weaker fighter would be, mainly because its purpose is to be destroyed and boost Valkyrie.

So overall, while Zombie's Best Friend isn't the best super-rare there is (even somewhat underwhelming), it has its own uses in a Valkyrie deck or an aggro deck with cards like Disco-Naut.

Zombie's Best Friend is easily destroyable by any plant or trick, but its ability can be meddlesome in the early game as it can surprise you and it makes another zombie for you to take care of. It is best to destroy the zombie played on turn 1, preferably with a plant with high strength or the Amphibious trait like Bonk Choy or Sting Bean. If Zombie's Best Friend gets to activate its ability, Lightning Reed or Scorched Earth can destroy both if the zombie made has 1 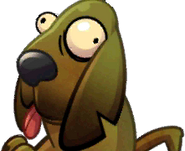 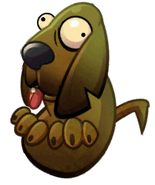 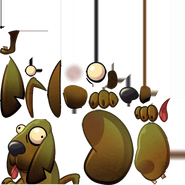 Zombie's Best Friend with a star icon on its strength 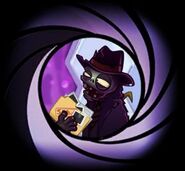