Shots deal more damage when her clip has fewer ammo

Super Rare
Most people don't know this, but all five of Zen Cactus' mystic orbs are named after types of tacos. Which ones, you ask? Well that's a closely guarded secret...

Zen Cactus is a Super Rare variant of the Cactus in Plants vs. Zombies: Garden Warfare 2. She was first seen in a reveal video on the Facebook page of Plants vs. Zombies on November 20, 2015. Her special ability is that as she fires her needles, their impact and splash damage increase progressively until her weapon runs out of ammo. However, all players can see the current amount of ammo the Zen Cactus currently has in her clip by looking at the orbs that are circling around her. She was the only Cactus variant unlockable in the beta.

Most people don't know this, but all five of Zen Cactus' mystic orbs are named after types of tacos. Which ones, you ask? Well that's a closely guarded secret...

Each time Zen Cactus fires a shot, her Mystic Orbs grow in size and power!

The Zen Cactus's primary weapon is the Mystic Orbs. It has a slower rate of fire, slower projectile speed, and slower reload speed (although it is still faster than the Camo Cactus). It deals 20 damage with direct hits for the first shot. Every orb fired increases the damage dealt by 10 points until it caps at 60 points of damage for the fifth and final orb.

The Zen Cactus is best used defensively at medium-long range distances as your pink coloration and glowing orbs will reveal your position and turn you into a high priority target for the enemy team. To counter this, either try to find a secluded sniping spot or plant a Heal Flower or have another player heal you as a Sunflower.

Zen Cactus's high damage output and splash damage will allow you to easily deal with Imps (and to some extent their mechs), as well as groups of weakened zombies.

The Zen Cactus is a slightly risky character to use, as all players, plants and zombies alike, are able to see how much ammo you have left. The less ammo you have, the bigger the chances that someone might pick you as a target, especially if you miss your first shot and give away your position.

Choosing whether or not to reload becomes a new feature with this Cactus as reloading has both advantages and disadvantages. Reloading will fully refill your clip, allowing you to fire for longer periods but it also resets your damage, making your shots less lethal. If you have to take out a low-health target at long range with a single shot, you can try doing it by wasting all shots in your clip except for the last one, then use the elevated damage of the last shot to take out the target. 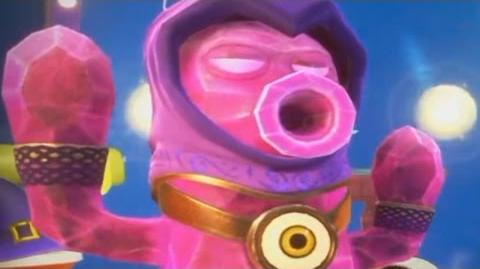 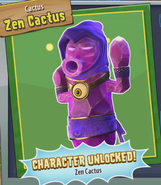