ZCorp Chair Racer is not that big of a threat unless the player doesn't set up their defenses much earlier before it enters the lawn. The more chair racers there are, the harder the level will become. The player can use disposable plants like a Puff-shroom in front of it and let the ZCorp Chair Racer launch into the air. Then, plant a single Tall-nut in front of it at the right time, preventing it from leaping further into your defenses. Primal Wall-nut is also a good choice since his damage limit ability allows him to take only 1500 damage, thereby surviving the strike easily. Aside from these, the player can destroy him instantly without launching himself off with Explode-O-Nut, since he will do a huge damage on impact after colliding a plant, and Explode-O-Nut will explode instantly when he collides with it.

Another strategy is by using Chard Guard after he launched into the air; he can launch back the chair racer after landing next to him accidentally. The player also can use Spikeweed, Spikerock, Cactus, and Celery Stalker as a trap for him after launching.

When launched, he is considered airborne, making him vulnerable to the Blover and Draftodil. 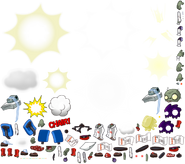 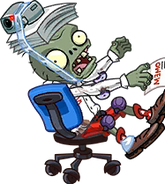 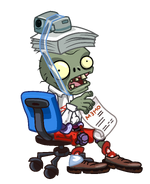 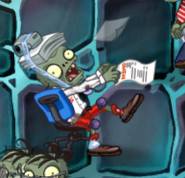 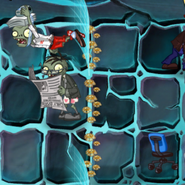 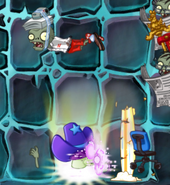 Launched upward while losing an arm (on this case, two arms)

Lose an arm (or two arms) 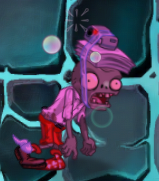 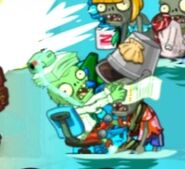 Burnt ZCorp Chair Racers (NOTE: One on the bottom is still still moving.)