For the international version of this level, see Wild West - Day 25.

None; replaced with the Zombot War Wagon's health bar

Plan your defense and defeat the zombies
Wild West - Ultimate Challenge is the 25th and the last level of Wild West in the Chinese version of Plants vs. Zombies 2. This is a boss level. The player is confronted by Zombot War Wagon, who needs to be defeated to complete the level. The player has to collect all stars in previous levels in order to unlock this level. When this level is finished for the first time, the player earns coins, a Magical Chest and three stars.

The Zombot will have the same amount of health no matter how many times you play it. This means if you bring along leveled-up plants, especially Level 4 plants, this should not be that hard. In addition, the zombies spawned should not be that difficult to deal with.

Level complete
Add a photo to this gallery 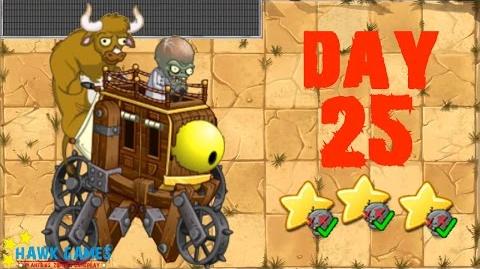 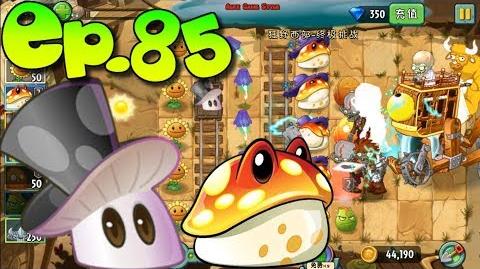 Retrieved from "https://plantsvszombies.fandom.com/wiki/Wild_West_-_Ultimate_Challenge?oldid=2193300"
Community content is available under CC-BY-SA unless otherwise noted.