A money bag
Wild West - Day 3 is the third level of Wild West in Plants vs. Zombies 2. A new zombie called the Pianist Zombie is introduced here. When this level is finished for the first time, the player unlocks an Endless Zone called Big Bad Butte.

The new Pianist Zombie can be problematic to the player. It plays its piano and makes all the Cowboy Zombies, as well as their variants, to dance. This in return makes all the zombies switch lanes every few seconds. In addition, if it gets close to a plant, it will crush it, while defensive plants will take about a second to be crushed. In this level in particular, there are very few tough zombies, as well as a low zombie density. The player shouldn't be in too much trouble. Spikeweed will be some use in dealing with it, but make sure to replace them. 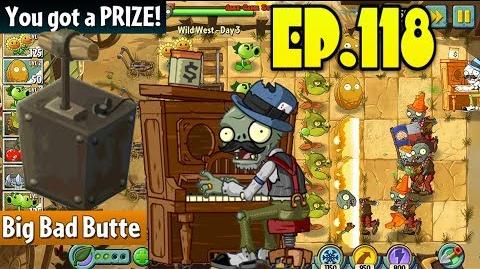 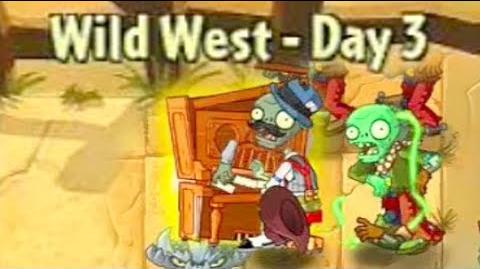 Retrieved from "https://plantsvszombies.fandom.com/wiki/Wild_West_-_Day_3?oldid=2356697"
Community content is available under CC-BY-SA unless otherwise noted.