The player will have some difficulty with this level. Being a Locked and Loaded level, the player cannot pick plants and must set up the given plants in order to defeat the zombie hoard. The problem with this level is the plants. Sunflower, Potato Mine, and Iceberg Lettuce are okay, but Repeater and Bloomerang are the main problems here. Because of their sun cost and power, they are relatively weak fighting against the zombie horde. In addition, Chicken Wrangler Zombie poses an ideal threat, as the plants given don't fight Zombie Chickens well. Bloomerang is the player's best method of dealing with Zombie Chickens. Poncho Zombie is also a big problem, as it appears early with the fast zombie waves. Winter Melon will greatly aid the player, as it will do splash heavy damage and slow down the zombie horde. However, the player should not rely on Winter Melons only, as they will need support for Zombie Chickens and to deal with countless Poncho Zombies.

Wave of zombies on a hard Dynamic Difficulty

Dialogue for this level before the 1.7 update

Dialogue, third part
Add a photo to this gallery 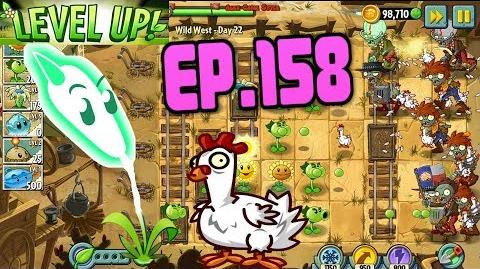 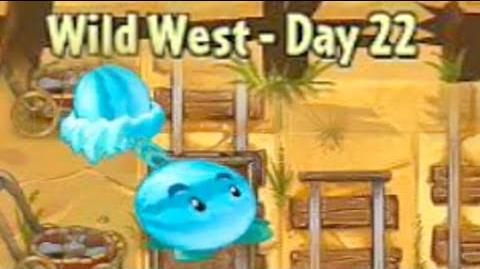 Retrieved from "https://plantsvszombies.fandom.com/wiki/Wild_West_-_Day_22?oldid=2357489"
Community content is available under CC-BY-SA unless otherwise noted.