Don't let the zombies trample
the flowers
Wild West - Day 21 is the 21st level of Wild West in Plants vs. Zombies 2. In this level, which is slightly difficult, the player must spend less than 1750 sun and prevent any zombie from trampling any of the flowers seen in the middle of the lawn. After completing this level, the player receives a money bag.

The player should keep in mind the objectives. 1750 sun is a relatively low amount of sun to use, but the zombies have pretty low health, so cheap plants should be used. The Prospector Zombie is the only real threat here other than the Cowboy Conehead. Using Split Pea or any other backwards attacking plant will help with combating this. Other than that, the player should use a close-up set-up because of the flowers present, as well as no zombies which could destroy plants. 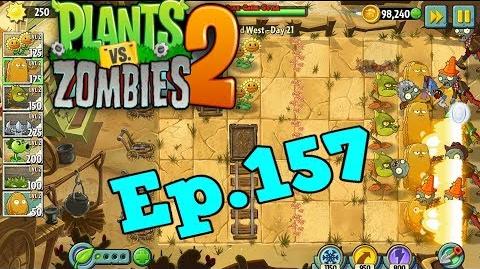 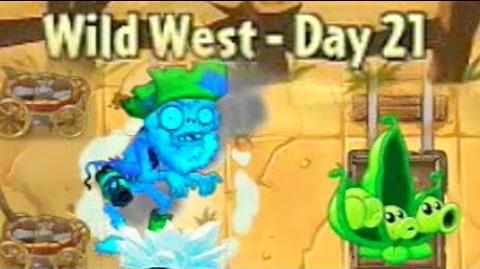 Retrieved from "https://plantsvszombies.fandom.com/wiki/Wild_West_-_Day_21?oldid=2374498"
Community content is available under CC-BY-SA unless otherwise noted.