Survive the zombie attack
Wild West - Day 20 is the 20th level of Wild West in Plants vs. Zombies 2. It is a Not OK Corral level. In this level, every column is full of minecart tracks. When this level is finished for the first time, the player unlocks the Instant Recharge upgrade.

The appearance of Chicken Wrangler Zombie makes this level difficult, despite only including one. This is because the level does not give a plant like Lightning Reed to deal with Zombie Chickens. In addition, the player has luck to deal with, as the player may not get specific plants, such as Coconut Cannon, which can be a crucial key to defeating Zombie Chickens. In some unlucky attempts, it can be impossible without power-ups. Many zombies are included in this level, and the player must plan strategies well to get past this level. 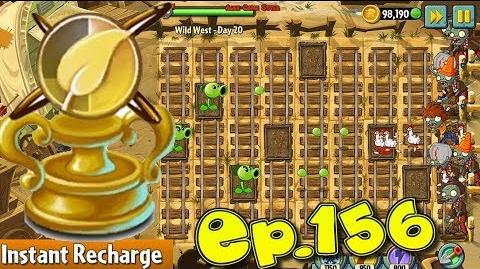 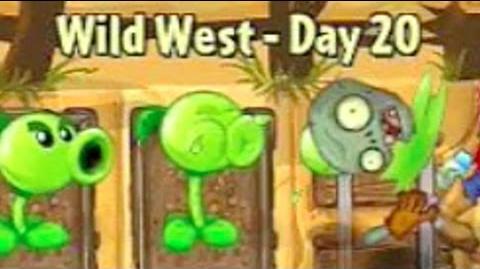 Retrieved from "https://plantsvszombies.fandom.com/wiki/Wild_West_-_Day_20?oldid=2357006"
Community content is available under CC-BY-SA unless otherwise noted.