A money bag
Wild West - Day 2 is the second level of Wild West in Plants vs. Zombies 2. A new zombie called the Prospector Zombie is introduced here. Additionally, Buckethead Cowboy, the Wild West variant of the Buckethead Zombie, appears for the first time in this world. When this level is finished for the first time, the player gets a Wild West pinata.

The Prospector Zombie acts similarly to the Digger Zombie, with some differences. For one, Prospector Zombie always launched at the third tile where the zombies spawn. In addition, he has lower health. He also does not have the same weakness. His weakness are ice plants, such as Iceberg Lettuce, they stop the fuse from being lit. However, do not use Snapdragon in conjunction, as it will relight the dynamite. The newly acquired Split Pea will deal with this zombie too, when it launches to the back. Buckethead Cowboys may also pose a threat to the player. 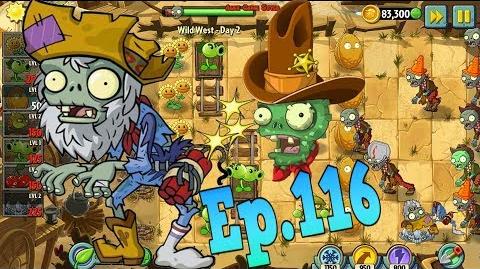 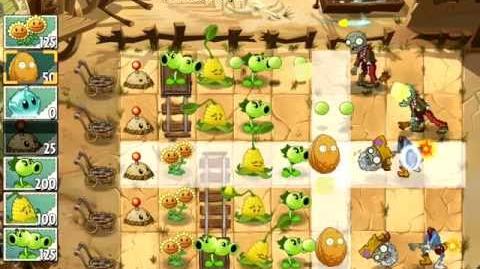 Retrieved from "https://plantsvszombies.fandom.com/wiki/Wild_West_-_Day_2?oldid=2356696"
Community content is available under CC-BY-SA unless otherwise noted.