Plan your defense and defeat the zombies
Wild West - Day 18 is the 18th level of Wild West in Plants vs. Zombies 2. It is a Last Stand level. The player is given 1500 sun and three Plant Food to work with. When this level is finished for the first time, the player unlocks the Tall-nut.

With only 1500 sun to spend and with Prospector Zombie and Chicken Wrangler Zombie's deadly abilities, alongside Cowboy Conehead's high health, this can be a difficult level to pass. The amount of sun is very low in such a zombie infested level. However, the zombie's health are pretty low too. Plants that will deal with Zombie Chickens, like Lightning Reed, are a top priority. Next priority are backward attacking plants like Split Pea, to deal with the Prospector Zombie. The final priority is to deal with the Cowboy Conehead, the toughest zombie in this level. The minecarts serve little purpose in this level, as a close set-up should be made.

Sit Back and Spike

This strategy can be done without using Plant Food or losing any lawnmowers.

This strategy can be done without using any Plant Food, powerups, or lawnmowers.

Level 2 Spikeweed is necessary for this strategy. Simply place three columns of Spikeweeds in the far back rows. The Spikeweeds will take care of every zombie that walks over them, even Conehead and Zombie Chickens.

For an alternative strategy to the Spikeweed: 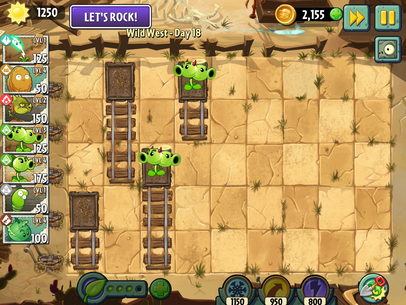 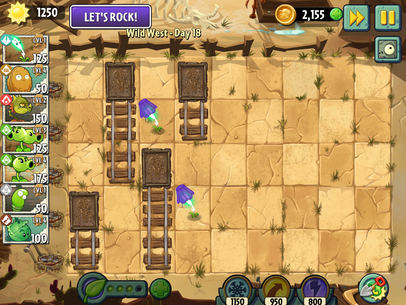 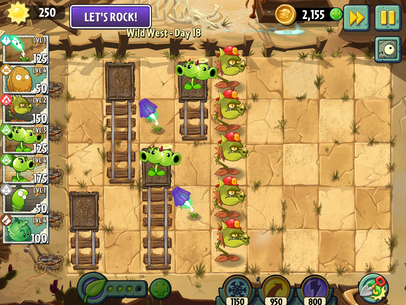 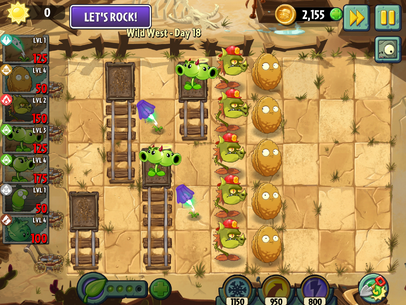 Failed strategy by Satirelol200. There used to be another Cold Snapdragon in the seventh column from left, but because of Zombie Chicken.

Finished by HPfan2019
Add a photo to this gallery 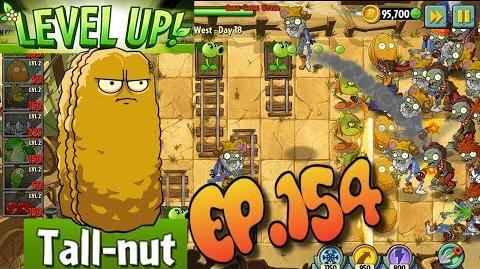 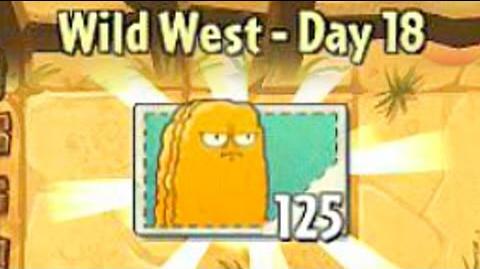 Retrieved from "https://plantsvszombies.fandom.com/wiki/Wild_West_-_Day_18?oldid=2357004"
Community content is available under CC-BY-SA unless otherwise noted.