A money bag
Wild West - Day 14 is the 14th level of Wild West in Plants vs. Zombies 2. When this level is finished for the first time, the player receives a Wild West pinata.

This level has a high concentration of Chicken Wrangler Zombies, as well as some Pianist Zombies. Using plants like Lightning Reed and Spikeweed will greatly aid the player to winning this level. Luckily, the player is given lots of time to set up some defenses before the biggest threats come around.

Buckethead Cowboy can appear via Dynamic Difficulty, which can either increase or decrease the difficulty of this level.

By Satirelol200. Once again, Wall-nut is useless because of Pianist. 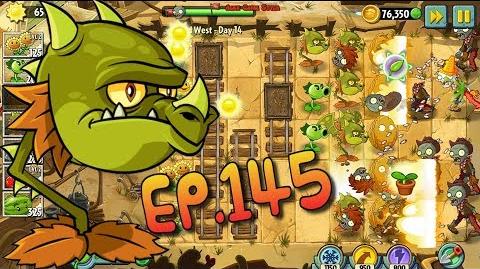 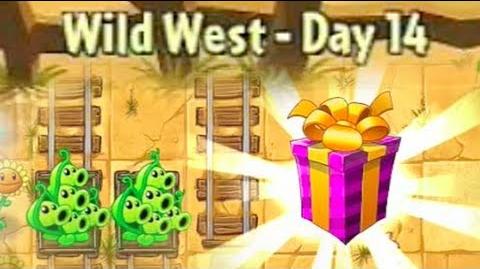 Retrieved from "https://plantsvszombies.fandom.com/wiki/Wild_West_-_Day_14?oldid=2356998"
Community content is available under CC-BY-SA unless otherwise noted.