Survive the zombie attack
Wild West - Day 12 is the 12th level of Wild West in Plants vs. Zombies 2. It is a Not OK Corral level. When this level is finished for the first time, the player unlocks the Melon-pult.

This Not OK Corral level has different plants from the others, those being Bloomerang and Lightning Reed. These plants are very weak and defeating some of these zombies can be a struggle if the plants are not placed correctly. For instance, some Buckethead Cowboys appear in this level. These can be difficult to deal with as the given plants are weak. Keep in mind the 2 plants alternate in-between rounds, so the player should realize this and strategize. After the 6.2.1 update, the minecart in the second column is extended to occupy the entire second column, making the level much easier. 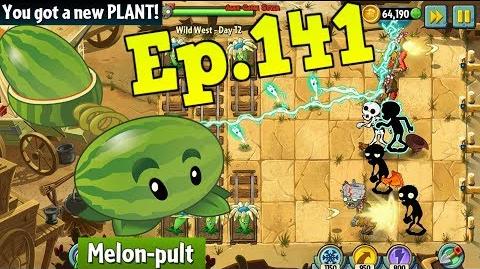 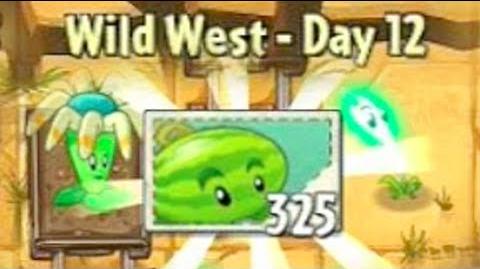 Retrieved from "https://plantsvszombies.fandom.com/wiki/Wild_West_-_Day_12?oldid=2356995"
Community content is available under CC-BY-SA unless otherwise noted.