For the international version of this level, see Wild West - Day 11.

Wild West - Day 11 is the eleventh level of Wild West in the Chinese version of Plants vs. Zombies 2. It is a regular level, and the layout is exactly the same as Day 1. However, in order to complete this level, the player must not spend more the 500 sun. When this level is finished for the first time, the player gets coins.

Spend no more than 500 sun
In the Normal Mode of this level, the player has to beat Cowboy Zombies at Level 1.

You do not need Sunflowers as they use 50 sun. Start by collecting sun. When the first zombie comes, put a Potato Mine in the third column in the zombie's row. Use Iceberg Lettuce on him to further delay the next zombie. Repeat this for the second zombie. When the third and fourth zombies come, you should have enough sun for a Coconut Cannon. Put it in the minecart in the first column. Shoot it at the zombies when they come to the third column. The splash damage will kill both of them. Keep doing this for other zombies. Try to shoot in the second or fourth row, as this will maximize the use of the splash damage unless there are no zombies in those rows or if the Conehead Zombie is in another row. Always shoot directly at Coneheads, because the splash damage alone cannot kill it in one shot. Save up all of your Plant Food until the final wave. Then, plant an Iceberg Lettuce anywhere where it cannot be triggered. Use your Plant Food on it so you have time for your Cannon to kill all the zombies. 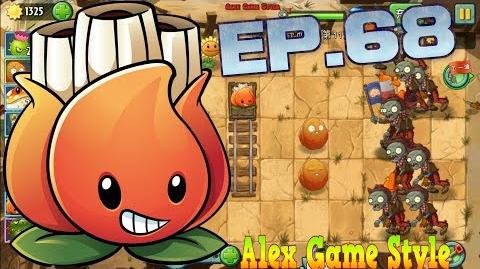 Spend no more than 500 sun
In the Hard Mode of this level, the player has to beat the Cowboy Zombies at Level 2 or above, along with no lawn mowers.

This should be able to complete the level.

Retrieved from "https://plantsvszombies.fandom.com/wiki/Wild_West_-_Day_11_(Chinese_version)?oldid=2230099"
Community content is available under CC-BY-SA unless otherwise noted.