Wild West - Day 10 is the tenth level of Wild West in Plants vs. Zombies 2. It is a regular level featuring two new zombies: Chicken Wrangler Zombie and the Zombie Chicken. After completing this level, the player receives a money bag.

Despite Chicken Wrangler Zombie being introduced here, it is not a particularly big threat. It has the toughness of a Basic Zombie. However, it can release many Zombie Chickens, one of the fastest zombies in the game, although they are very weak. Lightning Reed, Spikeweed, Spikerock, or any fast-attacking plant is recommended to deal with the Zombie Chickens. However, the Lightning Reed is the best choice, since it will kill multiple chickens with one zap. The Pianist Zombie appears in this level, so high damaging plants should be used to deal with it, as well as an area of effect plant like Snapdragon to deal with the constantly moving zombies.

By Satirelol200. The player does not need Wall-nut for this one. 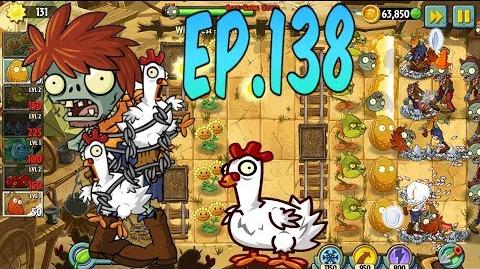 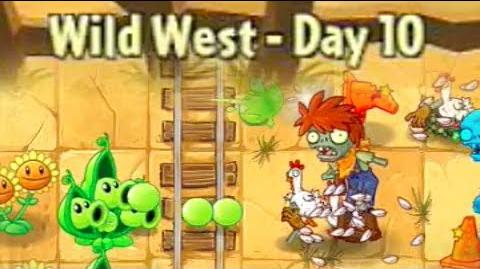 Retrieved from "https://plantsvszombies.fandom.com/wiki/Wild_West_-_Day_10?oldid=2131663"
Community content is available under CC-BY-SA unless otherwise noted.