A money bag
Wild West - Day 1 is the first level of Wild West in Plants vs. Zombies 2. As the player is told in the world's preview, the player will travel back to the 19th century and deal with Cowboy Zombies. The new variants of the zombies, Dr. Zomboss, and minecarts and rails are introduced here. When this level is finished for the first time, the player unlocks the Split Pea.

Like all first levels of each world, this level is relatively simple, as only Cowboy Zombies and very few Conehead Cowboys appear. More importantly, the player is introduced to minecarts, which can move plants up and down a lane depending on the rails that are provided. The player moves a Peashooter to defeat a Cowboy Zombie. It is recommended to keep this Peashooter, as the player can save some sun killing the first few zombies. The player should not have much trouble beating this level. 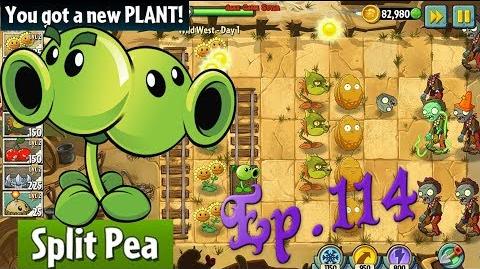 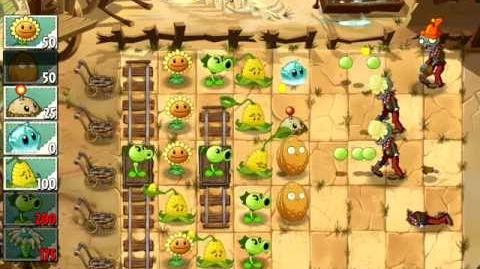 Retrieved from "https://plantsvszombies.fandom.com/wiki/Wild_West_-_Day_1?oldid=2356695"
Community content is available under CC-BY-SA unless otherwise noted.