After defeating Zomboss
Wild West (狂野西部; pinyin: kuangye xibu; translation: Wild West) is the 3rd world in the Chinese version of Plants vs. Zombies 2, It is based on America's Wild West.

Head down the dusty trail for a showdown with the outlaw zombies of yesteryear! Gather up your plants for the big Brain Rush of 1850!

*First time reward other than stars, coins or chests.

Not OK Corral is Wild West's exclusive mini-game. This is a conveyor-belt level and the predetermined plants are the required ones to be used. In this mini-game, the player will plant a plant and defeat the first zombie that will appear from the corral. After doing so, the player will be given another plant to plant at and another zombie to deal with. The player must survive a wave after wave zombie attack as for every plant the player plants, zombies will attack.

The player must survive a flag in order to complete the level. In this Brain Buster, the player is given an extreme amount of sun to make use of and two or three Plant Foods at their disposal, because there will be no glowing zombies or falling suns to replenish sun for plant production to aid the player for a victory. Iceberg Lettuces and sun producing plants are not allowed in this Brain Buster. If the player is very creative enough to formulate their own plan, they can win without the aid of any Plant Food.

Locked and Loaded makes the player restricted to the plants that they will use. They are required to only use the plants given to them in order to win the battle. Even though the plant is locked yet, they can get a tendency to use that plant (unless it is unlocked already). This will serve as a demo for that plant if ever that manages to happen. The player must win only using the given plants to them. Locked and Loaded serves as a reference for a certain weapon in real life, where once it is armed, it should not be disarmed anymore.

Wild West on the world map 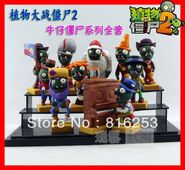 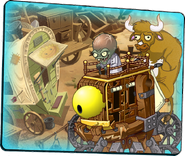 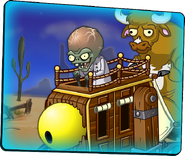 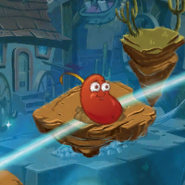 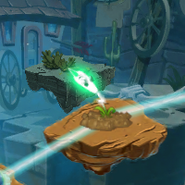 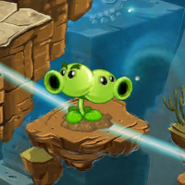 Wild West plants on the map