For the plants in Plants vs. Zombies 2 that the line is based on, see Melon-pult, and Winter Melon.

The Watermelon line (西瓜系; pinyin: xīguā xì) was a Class A

Brave plant line in Plants vs. Zombies: All Stars . 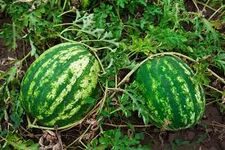 All members of the Watermelon line were based on the watermelon (Citrullus lanatus), a type of melon from Africa.

Melon Slice-pult was based on a fact that watermelons are usually served cut into triangular slices.

Melon-pult and Winter Melon were based on plants with the same names and appearances from Plants vs. Zombies 2. 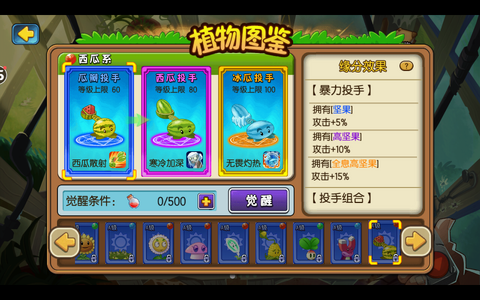 After unlocking the Watermelon line, additional puzzle pieces could be used to upgrade it, which increased its stats and ability LVs.

Watermelon line stats would be increased if these specific plants were unlocked. 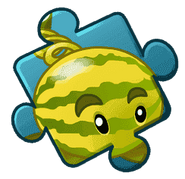 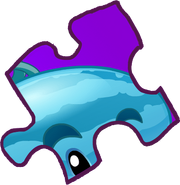 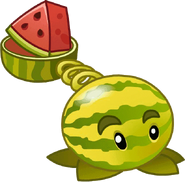 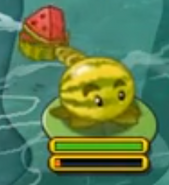 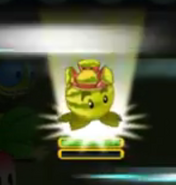 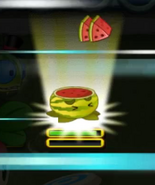 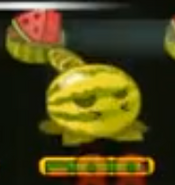 Melon Slice-pult being hurt by an enemy active ability 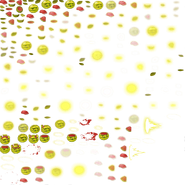 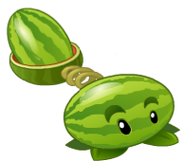 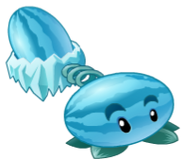