instead.
You're gonna need a towel for this one.
Water Balloons are a premium uncommon plant trick card in Plants vs. Zombies Heroes and a member of the

to play, and their ability gives a selected zombie -1

if 6 or more sun has been made on the turn it is played.

They are based on the object in real life with the same name.

You're gonna need a towel for this one.

The only thing Water Balloons have an advantage over said tricks is that they can be used more than once, or if you are playing as Wall-Knight, who has access to neither of them, which are superpowers.

Still, if you want to put these in your deck, take advantage of cards that can destroy zombies only under a certain amount of strength, such as Whack-a-Zombie and Chomper, as well as sun-producing plants like Primal Sunflower and Twin Sunflower. They can be used to reduce the strength of zombies like Kite Flyer, who activate their abilities when they do damage, to completely nullify them.

While Water Balloons are uncommonly seen in multiplayer games and are rather inferior compared to said superpowers, remember that your opponent (if they have them in their deck) can make lots of sun, then use them to severely drop your zombies' stats or destroy them. AI opponents seem to use this a lot too, so beware. You can use boosting tricks to negate or lessen their effect as well. As Water Balloons are a trick, you can also use Defensive End to make it harder for your opponent to play them. 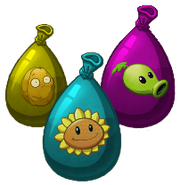 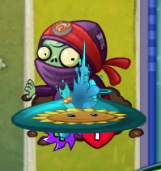 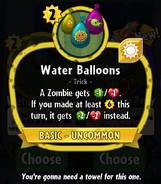 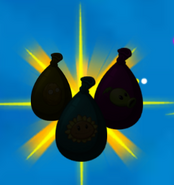