Note: For many of the game versions, the icon is the same as Wall-nut Bowling. 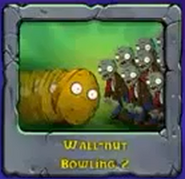 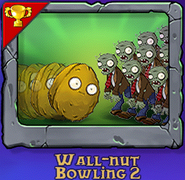 The plants used are:

The * means if the player had already encountered it.

How to use zombies effectively to earn money

Gameplay of the mini-game

A Giant Wall-Nut about to squash a Buckethead Zombie

Three types of Wall-nut in this mini-game

A Zombie Yeti in Wall-nut Bowling 2 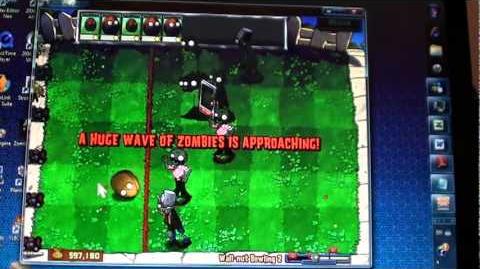 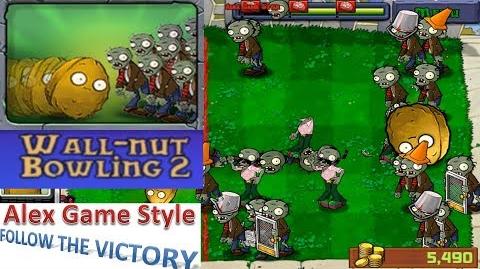 Retrieved from "https://plantsvszombies.fandom.com/wiki/Wall-nut_Bowling_2?oldid=2289700"
Community content is available under CC-BY-SA unless otherwise noted.