Wall-nut Bowling is the second mini-game in Plants vs. Zombies, Plants vs. Zombies: Journey to the West, and Plants vs. Zombies: Great Wall Edition. It is unlocked in most versions during Adventure Mode on Level 3-2 when one of the zombies drops the present. On the iPhone/iPod Touch (but not iPad) and Android versions, it is available in Quick Play upon completion of Adventure Mode for the first time. The mini-game closely resembles Level 1-5, where it was introduced. However, it features a larger range of zombies such as the Buckethead Zombie, Pole Vaulting Zombie, and the Newspaper Zombie. However, when the player plays Adventure Mode again, the aforementioned level remains unchanged. There is also a sequel to this level named Wall-nut Bowling 2.

In Wall-nut Bowling, the player uses Wall-nuts to attack zombies by placing them behind the red line and rolling them towards zombies. When a Wall-nut hits a zombie, it will roll away at an angle, possibly hitting more zombies. Occasionally, the conveyor belt will bring Explode-o-nuts, which are red Wall-nuts that will explode with the range of a Cherry Bomb if they hit a zombie. For every ricochet, the player gets more coins: one silver coin on the second, two on the third, three on the fourth, one gold coin on the fifth, two on the sixth, and a diamond on the seventh then up.

While it is slightly luck-based, it is rather easy, provided the player has at least one Lawn Mower left during the final wave (zombies tend to come in rows with Lawn Mowers). Also, Explode-o-nuts are very helpful for clumps of zombies, thus you should save them for emergencies, or when the first and final flags of zombies commence. For the amount of Wall-nuts needed to defeat each zombie, see below. If it is the final wave and you still have most of their Lawn Mowers, you should focus on the Lawn Mower-less lanes and let the other zombies get hit by the Lawn Mowers. Moreover, aim for combos with Wall-nuts for coins.

Also, a good way to get combos is to pay attention to what grass patch zombies are walking over.

Example: If a zombie is walking behind next to or back one patch of grass before the other zombie while being on very close but different together lanes, then you should be guaranteed a ricochet combo.

Explode-o-nuts should not be relied on too much. They should be used to kill a zombie that goes over one hit. This is to save up on Wall-nuts other than the constant use of using Wall-nuts to kill a single non-one hit zombie. This should be done when a zombie cannot be hit by a ricochet if there are no zombies in front of it. Also, if you are looking to hit zombies in three close lanes, then roll an Explode-o-nut in the middle lane to have more of an explosion reach on all lanes. This should mainly be done if the horde of zombies walks on single patches of grass.

The * means if the player had already encountered it. 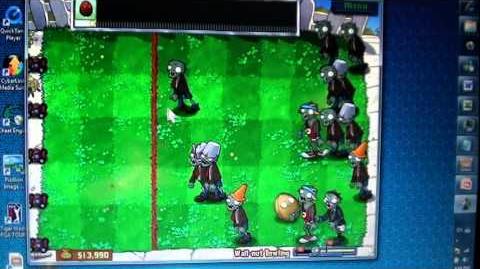 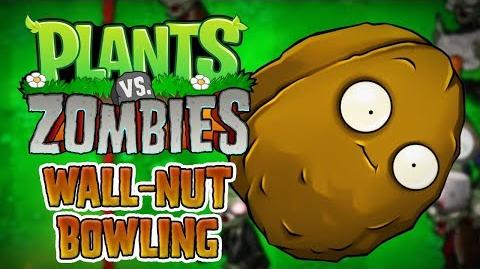 Retrieved from "https://plantsvszombies.fandom.com/wiki/Wall-nut_Bowling?oldid=2301855"
Community content is available under CC-BY-SA unless otherwise noted.