.
Side effects include headaches, blurred vision, and insatiable hunger.
Vitamin Z is a premium rare zombie trick card in Plants vs. Zombies Heroes and a member of the

. Its plant counterpart is Fertilize.

Its name is a combination of "vitamin," referring to its appearance, and "Z," referring to the letters behind each type of vitamin and also the fact that it is a zombie trick.

Its description is a reference to how taking multivatamins can cause negative side-effects. It is also likely a reference to being a zombie, as it mentions insatiable hunger.

Side effects include headaches, blurred vision, and insatiable hunger.

A minor strategy as Immorticia is to play Brain Vendor on the third turn if no other zombies are on the field, and if it is not destroyed, it can then be boosted by this trick, resulting in a very cost-effective 5

fighter before the fourth turn. This can result in some heavy damage to your opponent if the boosted Brain Vendor is on an empty lane. However, if there are more powerful zombies on the field, it may be better to boost them instead.

Zombies boosted by this trick can become quite powerful, so play carefully and try to expect it when playing against Beastly heroes. The best counters for this trick are Bouncing the boosted zombie, making your opponent waste their brains, or simply using an instant-kill card like Squash or Lawnmower.

Brainana and Dark Matter Dragonfruit are able to prevent this trick from being played, unless there are at least two or more Gentleman Zombies on the field. Since most zombies boosted get their strength to 4

or more, you can play Shamrocket or Doom-Shroom to destroy it (although Doom-Shroom is only recommended if there are multiple boosted zombies on the field). 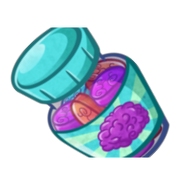 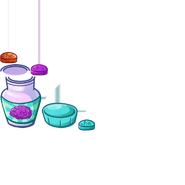 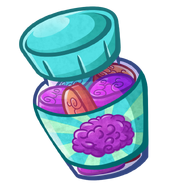 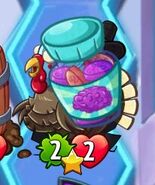 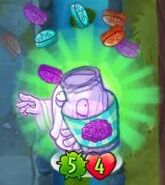 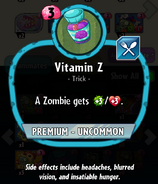 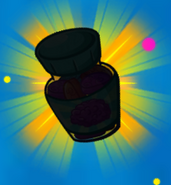