Vasebreaker Endless is the endless version of Vasebreaker. It is very similar to the original Vasebreaker Endless, except the plants and zombies are slightly different and the time is Day instead of Night. Additionally, each wave has a vase with sun, which the player can collect to use for Cherry Bombs. After Wave 15 is cleared for the first time, the player unlocks Move Vase, a Power Up exclusive to Vasebreaker.

Aside from Power Ups, there is also a Cherry Bomb seed packet, which can be used by collecting the sun in each wave.

Before you proceed in breaking everything, think first. This is no ordinary level where you just place a plant anywhere you want. Think carefully because this is a type of puzzle. One mistake and it is all over. One strategy is to break all the vases except the Vase Gargantuar, while slowly building up your defenses in the spots next to it. It is highly recommended to put the two Potato Mines in the row with the Vase Gargantuar. Then once you have a sufficient amount of defenses and you are out of vases, you break the purple vase. If your defense is not strong enough, you can use a Cherry Bomb to blow up the Vase Gargantuar.

The player unlocking Move Vase Power Up after completing Wave 15 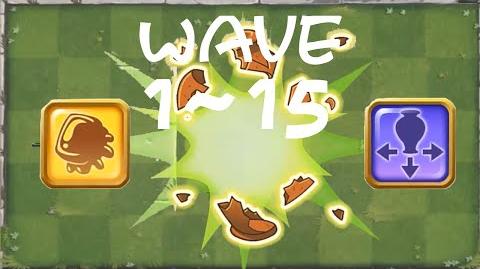 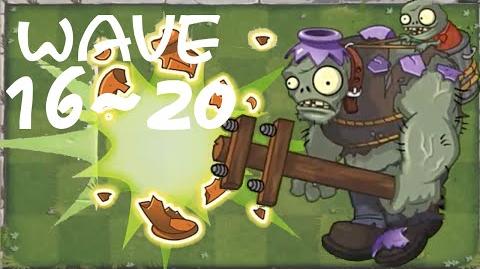 Vasebreak Endless Wave 16 ~ 20
Add a photo to this gallery
Retrieved from "https://plantsvszombies.fandom.com/wiki/Vasebreaker_Endless_(PvZ2)?oldid=2329796"
Community content is available under CC-BY-SA unless otherwise noted.