Plants vs. Zombies Wiki
Register
Don't have an account?
Sign In
Advertisement
in: Night, Night levels, Levels,
and 12 more

For the version in Plants vs. Zombies 2, see Vasebreaker Endless (PvZ2).

Diamond (every 10th in a row, sometimes gives money bags or random plants)

Vasebreaker Endless, much like Survival: Endless and I, Zombie Endless, offers a chance to hone your skills against ever increasing odds.

Of the 35 vases provided, 19 of them are plants. Two of the vases will always contain plants. For all levels, you receive:

You will also receive 25 to 75 sun in a vase every level that can be used for a Cherry Bomb.

The other 15 vases are zombies. For the first ten levels, you will face:

Every ten levels, a regular zombie will be replaced with an additional Gargantuar (there will be maximum up to nine Gargantuars after a streak of 80).

What this means is in a row with a single Peashooter, a normal, full-health zombie will survive three columns before dying. If he is being hit by a repeater, he will only make it about 1 1/2. To determine how far a zombie will go, take his columnpoints and divide it by the number of peas hitting him. Remember, some zombies are slightly faster than others, so use this as an estimation.

Note: Snow Pea will halve a zombie's speed, so divide their columnpoints by two. Do not forget that a Snow Pea also does 20 damage as well. Squash and Potato Mines do 18 columnpoints worth of damage to everything they hit. 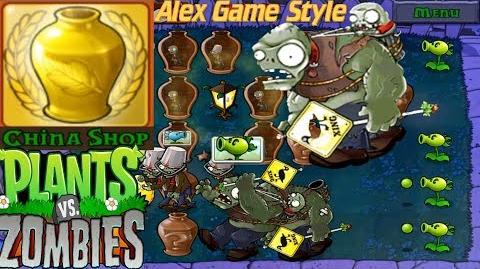 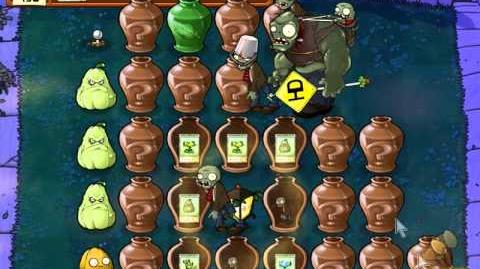 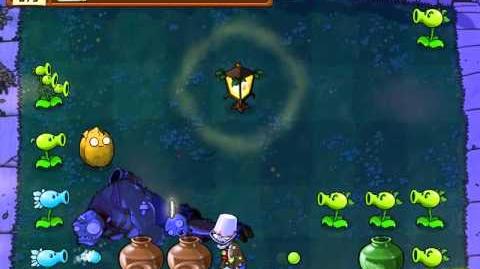 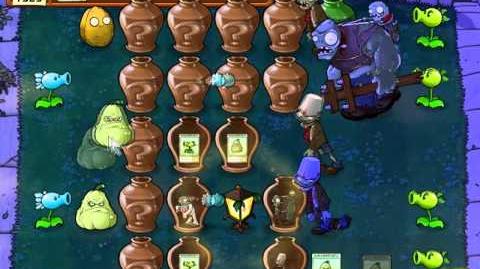