Super Rare
Being a summer goth takes commitment. Especially when you're a Plant that produces sun for a living. Vampire Sunflower's in it to win it
Vampire Flower is a Super Rare variant of the Sunflower in Plants vs. Zombies: Garden Warfare 2. Her special attribute is that she regains a small amount of health whenever she hits a zombie, similar to the Vampire Zombie while having the downside of having 85 HP instead of the usual 110. She uses Life Leech as her primary attack which can fire 30 shots before needing to reload. She was first revealed in the gameplay of Solo Ops but was later showcased in a variant trailer on Twitter on December 12, 2015. She was the only unlockable Sunflower variant in the beta.

Her Stickerbook description references the goth subculture, which is a subculture found in some countries that frequently involves dark attires, pale facepaint and black hair. All of which, can be found on the Vampire Flower.

Her appearance and abilities may reference how the brides of Dracula are depicted in children's media, such as the Lego Monsters theme. The red and white "necklace" she wears is commonly used in the designs of vampires, and behind her head are two vampire wings and another larger piece that resembles the top of a vampire's cloak. Her very pale face and features also are commonly depicted as vampiric qualities.

Being a summer goth takes commitment. Especially when you're a Plant that produces sun for a living. Vampire Sunflower's in it to win it

Attack to convert a portion of damage dealt back into health gained!

Play this Sunflower as you would play an Imp. Never stop moving, and be sure that you always have a target to fire at. Stay near your teammates so you can support each other - provide healing while they provide extra firepower. Vampire Flower is very fragile but with a 30 clip in stock, vanquishing foes should be easy as long as you're moving and dealing consistent damage. Be careful when rooting in place to use the Sunbeam. You do not absorb health while in this state, and your low health makes you a choice target for knowledgeable players. Vampire flower only has 85 health so she can easily get vanquished when fighting zombie players. This flower can also be, ironically, a good tank class, as long as you are constantly hitting a target, making the Vampire Flower an excellent choice for the Flag of Power.

It's best to use a Scientist to get the Vampire Flower as he can deal pretty big damage to her. Be careful if you are playing as an All-Star or a Super Brainz as your large size will make it easier for the Vampire Flower to hit you. The same applies to the Imp (when he's in his Z-Mech). The Foot Soldier is great for taking on the Vampire Flower. If she's using her Sun Beam or Solar Flare Beam, then it takes only 1 ZPG to vanquish her. The All-Star can also instantly defeat a Vampire Flower with the Ultra Tackle. Try to attack her from a distance and keep firing your weapon as she only has 85 HP. It's also advised to bring a teammate with you as Sunflowers are easy to overwhelm.

Vampire Sunflower being showcased in a trailer 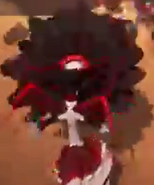 A back-view of the Vampire Sunflower 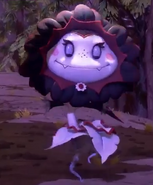 Vampire Flower in a loading screen, along with Spooky Squash, Rose and two Weeds

Vampire Flower in-game, along with the Zen Cactus being seen 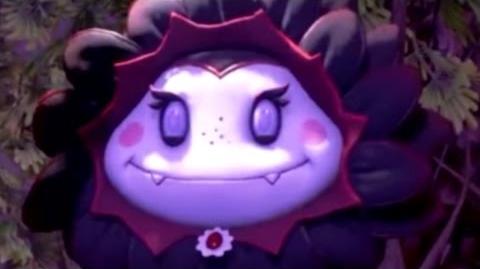