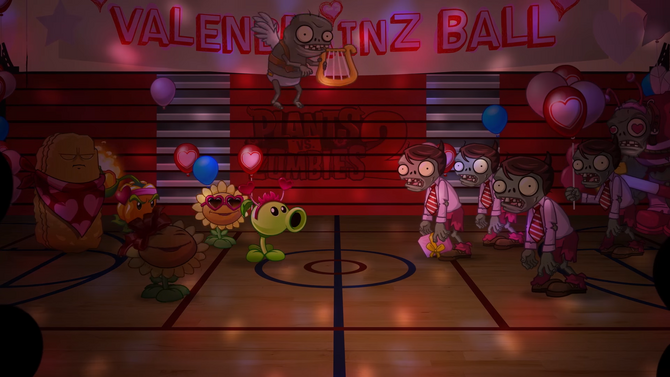 Valenbrainz is a recurring holiday event in the Plants vs. Zombies franchise. It is a holiday event celebrating Valentine's Day and usually runs from early to mid-February.

Valenbrainz was first celebrated in Plants vs. Zombies 2 on February 4, 2015 with the release of the exclusive 12 Days of Valenbrainz Piñata Parties which ran from February 4th to February 16th. Later years saw the inclusion of limited edition Premium Plants such as Blooming Heart in 2016 and Hot Date in 2017.

The Player's House during the Valenbrainz Piñata Parties

An advertisement for the 2015 Piñata Parties 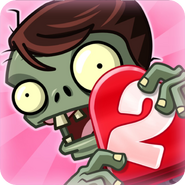 Valenbrainz was first celebrated in Plants vs. Zombies: Garden Warfare 2 on February 7, 2017 and ran through February 16. During the event the player received a 20-40% discount on all sticker packs.

An example of a discounted sticker pack, the pack is decorated with hearts on it
Add a photo to this gallery

Valenbrainz was first celebrated in Plants vs. Zombies Heroes on February 7, 2017 and introduced the Weekly Event card Blooming Heart. The event also introduced new event cards such as Stupid Cupid and Hot Date, the latter of which was only obtainable through the Valenbrainz Bundle pack.

Valenbrainz was first celebrated in Plants vs. Zombies: Battle for Neighborville on February 3, 2020. It includes a Valenbrainz prize map, with the Blade of the Beetle costume for the Kernel Corn as the completion reward. It also includes character challenges for Acorn, Chomper, Imp, and Space Cadet. Along with the two Kernel Corn costumes, the prize map also features a legendary upgrade for the Kernel Corn named the "Shogun-Guard", the first legendary upgrade in the game. 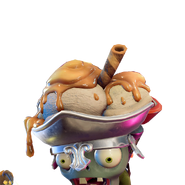 Desserter Cap, an exclusive spectrum hat for the Foot Soldier 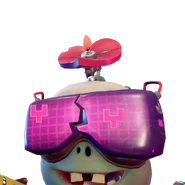 Glitched Signalz, and exclusive reaction hat for the Imp

Shaggy Shampooie, an exclusive costume for the Chomper 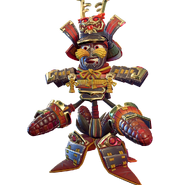 Foodal Lord Dracornius, an exclusive costume for the Kernel Corn

Blade of the Beetle, an exclusive costume for the Kernel Corn awarded for completing the prize map 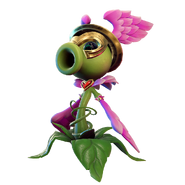 Cupid's Commando, an exclusive accessory set for the Peashooter 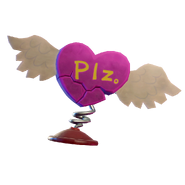 Hearts Topper, the universal hat awarded for completing all of the character challenges
Add a photo to this gallery

Retrieved from "https://plantsvszombies.fandom.com/wiki/Valenbrainz?oldid=2231234"
Community content is available under CC-BY-SA unless otherwise noted.