About time I jumped the heroes making ship. I would put this on the actual fan wiki, but I don't think the rules allow what I'm going to do.

Well, with the recent (yay for dating my blogs) discovery of comics that imply two more heroes (Beta Carrot and Huge-Gigantacus), I have decided to come up with my own ideas.

Edit - Due to the new heroes having special superpowers,} I have made two sets for the heroes' superpowers. One set being superpowers currently in the game and another set having only special superpowers. These can include tricks, fighters, and environments. This is a hidden spoiler. If you want to see it, please go here.
No springboards. No idea how those work so far.

I will probably never finish this I'm lazy, and might not come up with enough ideas. I got 20 to come up with, and I don't know if my lazy mind could handle it. but hey, might as well put a few that come to mind. Also wow, longest intro I've ever had.

Edit (same as the edit above) - Warning. There will be spoilers here, from new card types and traits to flat out mentioning new cards. Read at your own risk!

One more note. Heroes will be placed in the order their types appear on the PvZH Plant/Zombie template, not how their heroes are listed on the "Hero" part of said templates.

Sun/Brain costs only apply if said card is bounced. Just put them in front of the stats because it'd be easier.

This is because in reality, they are a female. 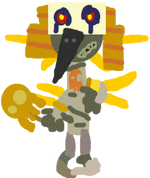 Retrieved from "https://plantsvszombies.fandom.com/wiki/User_blog:Lily8763cp/Random_Blog_-_Fanmade_PvZH_Hero_Ideas?oldid=2251024"
Community content is available under CC-BY-SA unless otherwise noted.