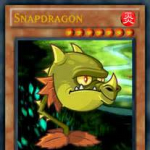 I am a (relatively)sane person that really does not have time for this, but is here anyways. Hello, online world; goodbye life. *cough, cough*

My Plants vs. Zombies games

I play PvZ2. The only real Premiums I have are the ones sold for Gems on sales, partially because I can't use real money on my account for reasons unknown and mostly because Popcap are being a$$es about these OP damn plants. Hopefully the Plant Levelling System(PLS) will stop them from doing that shite. I have everything you can get with Gems(except Ghost Pepper's pretty bow b/c it ceased existing after the first party ;( ).

I used to play GW2, but then Trials of Gnomus came out and I gave up hope on Popcap/humanity again. CURSE YOU GIGA TORCHWOOD RIPOFF! The goat is OK though. I still have every non-legendary character(like everyone else in the world) and I'll miss GW1 eternally.

I have Heroes. I like the game too much, but it's a bit big and I don't have a life to give up to play it extensively. Doesn't mean I won't try to play it! I'm about Rank 25 and I've gotten half a hundred Prem Packs to do stuff with. Problem: I can't make a deck for the life of me... or at least I couldn't in Hearthstone. I have an OK deck that's taken me up 9 stars before I was queued up with P2Ws, Gravestone Decks, and Rustbolts ;(

In no particular order, here's a list of my friends:

Lots of my RP friends had this, so I thought Why not do one myself?

Retrieved from "https://plantsvszombies.fandom.com/wiki/User:YammaYamer21?oldid=1860437"
Community content is available under CC-BY-SA unless otherwise noted.