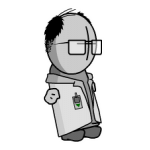 aka A random dude

I'm the king. I'm laughing, because you are dead, Get it? Hahaha. I also burned and freeze your house.

NOTE: ^this part is a joke^

My Plants vs. Zombies game(s)

Retrieved from "https://plantsvszombies.fandom.com/wiki/User:TheMightyKingofDragons?oldid=1245185"
Community content is available under CC-BY-SA unless otherwise noted.