Plants vs. Zombies Wiki
Register
Don't have an account?
Sign In
Advertisement
in: Under construction, Rollbacks, Moderators, Users 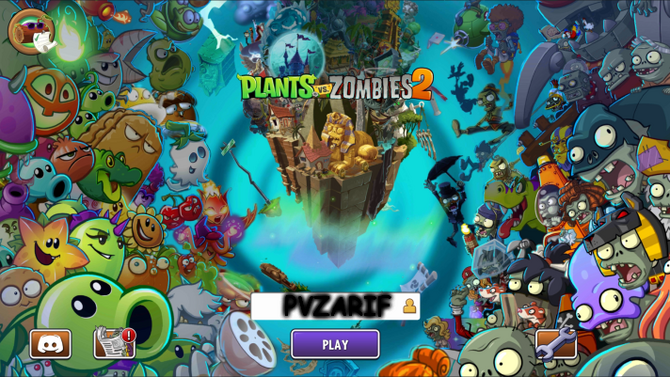 You might have stumbled by into my User Page by Accident, or want to know about me, or even just call me stupid. But my name is, PvZarif, I am a Fandom user that joined during the beginning of the most worst year during the 21rst century. I make memes and gifs(Check it out at the bottom, though gifs are under construction), and I am a Pvz player and modder. I have a Youtube Channel([1]). I am your above-average moderator. I also worked on many other Wikis such as: Plants vs. Zombies Character Creator Wiki and SupermarioLogan Wiki. I started playing Plants vs. Zombies after finishing playing BTD, which was around October 2019. I got bored of playing BTD so I decided to play something else, I remember something about watching Pvz Zackscott video a long time ago, so I decided why not play a game I watch? I started playing PvZ 1, but this is my confession: When I started playing PvZ 1, I heard so much good thing about PvZ 2 I paid no attention to PvZ 1, and right after finishing PvZ 1(Literally right after) I deleted PvZ 1 and downloaded PvZ 2. I should have played pvz a bit more and discover all the minigames and secret stuff hidden in the game, but at least I became good at PvZ 2. I mainly create Epic Quest pages, add animations for plants, revert foolish people edits, delete post, and create stuff that no one bother to makes

PvZ YouTubers from Best to Not-so-good:

2. Petal to the Metal

1. Ohsnappies - A hilarious, rickrolling, and a meme maker user

2. ResearcherFerd - A user that helped me with troubling gifs and has a huge dumpload of edits

3. ThisUserlikesOreo - A really helpful help desk (Get it?) and helped me make this awesome Userpage(Part of it).But too serious

4. Quasion - A user that actually made Discussion popular and creates awesome art.

5. Absolutionist We met in Discord, always chatting when i chat. And practically agrees everything about what i say, also a Veteran Zombie lover

Cool Discord people Lanzacreeper's: This guy is a good, without his legendary ultimate obb, i could not listen to the removed music and play with unused tombstones(Also credits to him for making this awesome loading screen for his mod
Ok boye: Decent modder, creates impossible levels
Astro-nut: A hilarious user
Prom Violence: A advanceded moder that create custom zombies in-game
Poss: Create Roman Level Pack which is veri cool. Though his attitude is rude

But I stopped playing Heroes eventually

Like I said, I did not play PvZ that much so this section might be a little short

I unlocked all 8 seed slots and gotten all lawnmowers

My favorite mini-game is Wall-nut bowling and I, Zombie

Complete all the levels but did not did adventure mode pt 2, which means I did not get the Yeti Zombie

Jack-in-the-Box Zombie never ever blew my plants, The funniest zombie is Dancing Zombie and Newspaper Zombie(When eating a Garlic

Please suggest some memes I can use for favorite and neutral

Finally something long I can talk about

Note: Some tournaments may not be here

because i forgot screenshot it, missed the tournament, or i was to lazy

View all of my artwork here!: Its a Rickroll link or is it? ;)

Minion Rush: I was good at the game, but the game was crappy and awful when the updates came out: Game

War heroes, a eh game. A good game but a terrible rip-off of clash of clans, game

Break the Prison: Played this game when i was 10, challenging but eh: Game

Megapolis, this building game is very fun and you can build endless creations. But as you progress , the game wants you u to pay, game

BTD: Supermonkey, the game was really fun (Used to play a lot t before i found out about pvz) but as i progress the game gets harder, game

Angry Bird Seasons, Angry Bird Action, Angry Birds classic, Angry bird Star wars I and II, Angry Bird Space, .These classic games were the best and should have not been removed, i really loved these games. Better than the modern crap games they have now.Bad piggies

Lama Lama Go Go!: The game got removed but it was a fun arcade game filled with bosses Among Us: The game is eh, not that fun but okay: Game

PC games: Bob the Robber series: This game is really good, one of by favs. Really suggested to play, i don't want to spoil it ;). Game Just One Boss: A fricking hard game and i LOVE it, very challenging and i managed to win the game and also HARD mode. Need to practice a lot: Game

Road of Furry series: A fun car shooting game where you destroy other vehicles, very enjoying: Game Wheely series: A brainy problem solving, where you use logic to move a car. 8 parts to the game

Snail Bob series: Similar to Wheely, and i loved it: Game

Bloon Monkey City: Another BTD game i played, creative and very interesting. I lost intrest in the game after 8 or 9 months

BTD 5: Played it a lot, loved to spammed MOABS, BTD, ZOMG until the gamed lagged. Game

New Super Mario bros DS: A epic classic game, my favorite was world 6. I always loved that world in every game that had it I almost have all the Star Coins and unlocked all secret exits.

New Super Mario Bros 2: Not as fun as the first one , but is was creative and challenging. I have unlocked all 9 worlds, and unlocked all star coins and secret exit, my coin count is somewhere in the millions. Face Raider: Really funny and hard game, used funny images as bosses in the game. Completed 5 of the bosses, the bonus is way to hard.