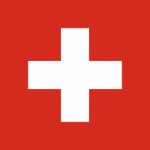 aka the physical embodiment of Switzerland

He's a zombie, not a human. He hates when people confuse that about him! Also, only zombies know how these looks which is why humans didn't have an exact picture of him. And he's a male who will eat your brains if you confuse that about him. He loves jamming out with Glitter Zombie, Arcade Zombie, Breakdancer Zombie, and MC Zomb-B in Neon Mixtape Tour. Oh, yeah. He also loves cats, Doctor Who, and Phineas and Ferb. The rest of his description wouldn't fit in here.

Yes, I know I should

Who thought that this plant shines in JM and LC? Me.

The zombies are dead. So dead.

Dead, then not dead. Especially the Power Lily glitch thing.

The "User Favorite Plant Duo" templates below state this.

Do I need to explain?

Too much time to eat. Though I finish my meals slower.

Too slow of a sun production.

Only good until The awesome thing.

I always dig it up in the Zen Garden. I want her for normal gameplay.

See Lily8763cp's talk about Winter Melon (PvZO). Also useless, and hard to see the point of.

(Note: I was going to put in the Chinese Dandelion, but someone had the Online dandelion for the pic)

Eh, It's ok. Better than Chomper, but still useless.

2 damage= better then the dumb thing.

But not as bad as having 6 Hair Metals with Metal in Greatest Hits.

The charging is ok for damage, but best plant food ever!

Why do you all hate it? It is useful!

I am to lazy to collect SE coins, so I use him to get coins

As good as Electric Blueberry.

The music! The slider tiles make it too easy.

BEST JAM EVER! Mountains says it all. The tune!!!

Chemistry!!!! (Please give us Geologist!)

What is it? A mutant crazy Overpowered, Unoriginal zombie. And where are its eyes?

OP, and ugly. (I don't play Chinese though)

Too OP from what I've seen.

No Lasers are good Lasers.

Extremely ugly, probably not a even Zombie.

This bubbles down to...

Something funny would be here, but I do not know how to take pictures on a Nexus or upload them to a computer. I can describe it for you. Neon Mixtape Tour Day 32 in Metal with a Hair Metal Gargantuar in lane 3, where a speaker killed the lane. He got stunned before and was in midair bringing the guitar down over his head.

Got a request you want? Or a random thing from me? This is where you get them.

No pictures are here currently.

Corpse found in front of a camel , his defense is very strong , common assault takes a long time to break him . Try new arrival back dart shooter bar, an attack can penetrate multiple targets , it is suitable for camels against zombies.

Before the discovery of the bodies of the camel , and his defense is very strong , normal attack takes a long time to break him . Darts back and forth to try new shooter game now , an attacker can penetrate multiple targets , it applies to fight zombies camels.

Does Google Trasnlator even know chinese? (Probably not)

Please test these decks for me, User

What goes on inside Zombie HQ?

Oh no, I lost this! Please stand by while the searcher Imps search through my papers to find them.

Retrieved from "https://plantsvszombies.fandom.com/wiki/User:Pryp%27yatMineralGamer?oldid=2105992"
Community content is available under CC-BY-SA unless otherwise noted.