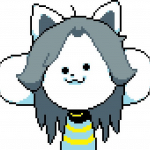 Hi, User! Welcome to my page. I am PeaVZ108, aka my favourite plant hero Green Shadow! If you're a fan of peas, you're welcome here. If not, I shall PEA very dis-appointed!

Name: Why should I reveal it?

Least Favourite Game: Clash of Clans (It was good at first but the recent updates changed the game nearly entirely.)

The Revival of the PvZ Institute

Lost in the Fog

The Adventures Through Worlds

In A Locked Room

Retrieved from "https://plantsvszombies.fandom.com/wiki/User:PeaVZ108?oldid=1844042"
Community content is available under CC-BY-SA unless otherwise noted.