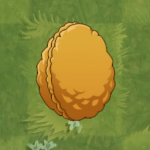 aka Nuttin’ to see here

That is my angry face.

Do nut test my patience when I have this very angry face.

That is my brother.

He is taller than me, and more square than me.

He got smashed by a Gargantuar.

He thought he could survive, but he did nut.

It was very sad.

That is me and my pal.

I did nut win, but neither did he, why?

Because we gave up after neither of us had blinked for hours.

I found my old baby picture!

I look terrible in that picture.

Who's the one that thought taking this picture was a good idea.

So apparently you're still scrolling through my userpage.

Well, I guess I can actually go ahead and say some actual stuff about me.

I've started playing PvZ since 2009 (which is the year when the game was first released) as a kid, and it was officially my favourite game. I've also played PvZ2 and PvZH, although, I've now currently stopped playing all of these games because:

PvZ - Finished everything, all the levels, all the achievements, and I've nothing else to do.

PvZ2 - Finished all the levels, and got bored of the Arena feature, been collecting the Power Mints consistently till Bombard-mint, then stopped playing. I went back to play it to try out Penny's Pursuit when it got released, but, again, got bored of it, and only unlocked Hot Date and Explode-O-Nut during my playtime.

PvZH - Got bored of it eventually, specifically after the Colossal Fossils update.

I have known of this wiki for years before I even joined. The main reason why I joined the wiki after all those years though is because I wanted to correct a grammar mistake in Wall-nut's article that I found, but because I needed an account in order to edit, I made an account to fix it up. So yeah, I'm basically here on this wiki right now just because of a grammar mistake.

Why are you still here?

There's nuttin' else to see here, stop scrolling, and go explore someone else's userpage instead.

Retrieved from "https://plantsvszombies.fandom.com/wiki/User:Nuttin%27_to_see_here?oldid=2306513"
Community content is available under CC-BY-SA unless otherwise noted.