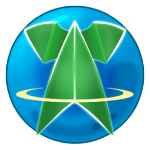 Has other Accounts on

Links to some of these accounts

I am Magicwaterz. I happen to be here to aid in the development in this wiki.

I also make a comic about PvZ in my deviantArt account that took place after the story of PvZ, though it is currently in hiatus.

My favorite plant of all is the Doom-shroom due to its color scheme and the way it is described in its almanac.

My favorite zombie is Jack-in-the-box Zombie because the way it shivers...

I also like to play certain platform games like Mario, Mario Kart, RPGs like Pokemon, Tower Defense games, and some PopCap games. The first three games were played on an emulator, I have yet to officially buy one.

My Favorite Plants and Zombies

My version of Plants vs. Zombies

I had a PC version of Plants vs. Zombies.

I had an account for Plants vs. Zombies Adventures.

I also have an Android version of Plants vs. Zombies 2.

Retrieved from "https://plantsvszombies.fandom.com/wiki/User:Magicwaterz?oldid=2244623"
Community content is available under CC-BY-SA unless otherwise noted.