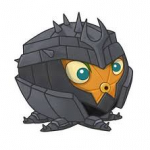 aka A guy that uses Sprint Burrow (Im sorry)

Imp is love, Imp is life. Just don't EMPeach me. I'm also max rank on Gw2 so if you wanna friend me or whatever the hell, my PSN username's rockmycd. Youtube: rockmycd13 https://www.youtube.com/channel/UCbbTuVWiET9xt1eFloy_fcg

Buy n Large (if you don't know what I'm talking about, go watch WALL-E, 10/10 film and actually made me cry, and I don't cry (f*cking best end credits of all time) easily)

Iron Citron (except the spoiled kids who bought the upgrades)

9/11 memes and jokes (I know they're racist, but I can't stop laughing at them)

Citrons (except you know what)

Mid-air burrows (how tf hasn't PopCap fixed this yet)?

The Upgrades (Especially the Frosty Upgrade)

Other max ranks (they keep targeting me for no f*cking reason, though there are a few exceptions)

GW2 in its current state

Spoiled Iron Citron and Toxic Brainz kids (if you're under 10th prestige and you have these two characters, you're one of them)

Best strategy to get a Jackhammer kill?

Why do you use Sprint Burrow?

What's the most annoying bug in Gw2?

Camo Ranger (Or Camo Guy) 9/10 - Fantastic character, though recoil might cause you some trouble

Super Commando 10/10 - Arguably the best soldier, as all four shots can literally do around 80 damage

General Supremo 8/10 - The first decent soldier I discovered (even before his many buffs) and is very accurate with a high rate of fire, however the damage is still a bit too low for my standards

Tank Commander 6/10 - Requires accuracy, and the only soldier to be horrible at range, my least favorite soldier

Arctic Trooper 8/10 - Though his freezing rate is one of the lowest in the game of all ice characters, the damage is still pretty great for an ice variant

Sky Trooper (Or the Sky Guy) 9/10 - I only really discovered this character's power recently, as he was mostly overshadowed by the normal Foot Soldier though he is disgusting at close range

Centurion 8/10 - Although the damage is pretty much inferior to the Camo Guy's, but since fire damage was basically OP in GW1, he's basically a great ranged soldier

Engineer 5/10 - I'm really not a fan of this one, as his projectile speed seems to be the slowest, and he has a pretty slow rate of fire but the damage isn't that bad

Welder 9/10 - I'd say he's better, as his RoF is great and the damage isn't that bad along with that fire damage

Painter 10/10 - My favorite Engineer, he has incredibly high damage and good splash damage as well, great for that one Peashooter who like to camp

Mechanic 10/10 - My third favorite Engineer, his rate of fire is almost as much as the Foot Soldier with more damage

Electrician 9/10 - Probably the best zombie for crowd control, but the splash radius kind of puts him off in my opinion

Plumber 8/10 - Best splash damage, and impact damage is still great, though his ammo and rate of fire is not that good

Landscaper 9/10 - Underrated character, with a great rate of fire and good impact damage, but he has very little splash damage

Sanitation Expert 10/10 - My second favorite Engineer, he has surprisingly high impact damage for a toxic variant and good splash damage, the best Engineer to use if you're looking to get a kill with the Jackhammer

Scientist 9/10 - Probably the highest projectile damage at 77 (used to 83, I sh*t you not), but has a very slow rate of fire and is not very effective at range

Chemist 10/10 - One of the best characters in the game, once you get close to someone, you're pretty much guaranteed a kill (unless it's a Chomper of course)

Dr. Toxic 7/10 - Pretty much the same reason as Physy, but lower damage and toxic damage as well

Marine Biologist 10/10 - Probably the best scientist in the game, as the damage is great and the rate of fire is also pretty fast

My Plants vs. Zombies game(s) (essentially my history with the franchise)

Although I started playing PvZ1 on my DS in 2011, I was introduced to the franchise in 2010 when one of my friends was playing the game on his PC. I actually played PvZ: Adventures a bit, until I figured out it was pay to win as f*ck. I moved on to PvZ2: It's about money, and my friends and I were always playing the game on our iPads. I quit the game after the upgrade system was introduced since it's just an EA-type scheme to get your wallet out. I was watching E3 2013 through a livestream, and literally pissed my pants on the announcement of Garden Warfare. Unfortunately, I figured out it wasn't coming to PlayStation, but I did spend 150$ on a used Xbox 360 (desperate calls call for desperate measures). Spunked more money on Gold, and got the game 4 days after launch. For the first week of me playing the game, I only played Garden Ops to get a feel of the game, then moved on to Welcome Mat, played a couple games, got my first variant, the Mystic Flower, realized she was sh*t and just binge-used the Foot Soldier, and the Peashooter. After Garden Variety came out, I started to play more characters and the first alternate ability I got happened to be, Long Bomb and if you've been playing GW back then, you probably knew how disgustingly OP Long Bomb was. So I get out the All-Star for the first time since I played Welcome Mat. Tried it out on the Garden in Main Street, and I get a quad feed. To be continued...

Retrieved from "https://plantsvszombies.fandom.com/wiki/User:IronCitron21?oldid=1950580"
Community content is available under CC-BY-SA unless otherwise noted.