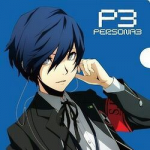 Welcome fellow user to the cringefest that is my user page. Beware.

I am an 18 year old high school graduate who is in college, and will be rarely active as of this comment. Discord name is DeathZombi#2044.

If you wanna join message me and I will see if you are a great person. It's not ranked by who's better so quit your whining!

Jackninja5DipperGravityFalls: He is funny but also crude and satires everything. He is everything I ever wanted in a friend.

Starfruity: I can only describe him completely in one word: Swell! (Who saw that coming?) We do have sort of similar thinking styles and is in my words: a good role model for a perfect staff member!

Princess CALLIEtanker: Probably gonna get killed for putting that lol. Anyways we both enjoy Splatoon even if we argue on the best squid sister.

Unforgivable! MAY THESE PEOPLE PERISH IN HELL!

DeathZombi: I hate myself lol

Peashooter: 6.1/10  Useful early on but becomes obsolete later on.

Cherry Bomb: 7.8/10 Definitely one of the best instants but I don't use it that often.

Wall-nut: 6/10 Early on he is useful, REALLY useful but Tall-nut just puts it in its place. At least deez nuts don't cry.

Potato Mine 9.3/10 EVERYONE needs this guy at the start of every level. SPUDOWed!

Snow Pea 7/10  Better than Peashooter and Makes a good combo with Repeater but it can't win an argument over Winter Melon.

Chomper 1/10 It sucks! Do I really need a point to hate something that chews 1 zombie every 40 seconds?My mom always tells me to eat my food slow and steady but not THIS SLOW!

Repeater 9.7/10 Sorry Peashooter, Your brother here shoots 2 peas, can upgrade into something and semi destroys everything with a torch!

Sun-shroom 9.2/10 25 cost at night is pretty cheap though the little sun makes my inner OCD kick in. What can we do without it?

Fume-shroom 8/10 Fumes penetrates multiple zombies at once and I NEED it in Last Stand Endless! But the iPad decides to cheat everyone off by giving it additional range. Also it smells...

Grave Buster 6.1/10 +10 (for theme song) Sadly, it's only useful for Night and Vs. mode but I'll give it bonus points for the theme song:

(Gravebusters) If there's somethin' strange in your night lawn Who ya gonna call? (Grave Busters)

If it's a grave on ya lawn and it doesnt look good Who ya gonna call? (Gravebusters)

If you're seein' zombies runnin through your lawn Who can you call? (Gravebusters)

A visible zombie creepin in to your house Oh who ya gonna call? (Gravebusters)

Who ya gonna call? (Gravebusters)

Who you gonna call? Gravebusters!!!

Hypno-shroom: 5/10 Only good for threatening zombies and its completely useless against Gargantuars. I wonder if the zombies feel drunk or something.......sorry I'm stretching or something.

Scaredy-shroom 6.9/10 Cheap, Long distanced but its notable weakness kinds of lower it's usefulness. Like a melee version of Peashooter.

Doom-shroom 8/10 Atomic Bomb in Plants vs. Zombies but stupid crater!

Lily Pad 8/10 I gave it an eight just because of it's essentialness. Not because I'm fond of it.

Threepeater 6.3/10 Threepeater is a plant that I'm fond of but many people like to hate on it. The only thing I agree with them is it's cost.

Tangle Kelp 6.7/10 Like an Aquatic Potato Mine but no Stack Damage. It has no delay so its kinda okay. But unfortunately, you remind me of the tangled headphones in my pocket. What a shame.

Torchwood 10/10 BUURRRNNNN!! Takes a long time to set up but worth it.

Tall-nut 8.2/10 It cries! But it is so defensive and bulky! But the slow recharge is not good and It can't block Balloons and Imps.

Sea-shroom 5.4/10 Seriously? Recharge? I get it its only 2 rows in the pool but what the hell? Puff-shroom on Lily Pads is faster than that! Also, It has a slow fire rate!

Plantern 6.8/10 Illuminati, Illuminati, ILLUMINATI! I need to Pumpkin this plant whenever I use it though and slow recharge.

Cactus 2.7/10 Cactus is quite the prick. Both literally and figuratively. Prick part: 125 sun, Spike only does 1 damage (Don't you expect sharp objects to do more damage?). I know balloons but Cattail and Blover. Nuff Said.

Blover 7.2/10 Quick Fog Blower and Balloon Killer. Useful in Survival for a quick save-my-brain-from-balloon moments. But that is just it. It has so much more potential, but it went to waste.

Split Pea 6.5/10 Its a two way Peashooter meant for Diggers but there are more options for Diggers. Though its a tad better. I guess I can say my relationship with is plant is "double-edged".

Starfruit 8.8/10 A great plant! 5 sides for 25 sun each. I know is is an unconventional plant to use but when mass planted, popping heads and bright staristic seizures....Its Amazing... Do you agree with me Starfruity?

Pumpkin 10/10 It is a very expensive plant and it does have the same health as a Wall-nut but this guy is a savior!! It makes plants that are strong feel safe because we don't want to deal with a massive loss of Winter Melons in Survival Endless. PLEASE BRING THIS PLANT IN PVZ2! I DON'T CARE IF HE BECOMES A PREMIUM, WE ALL NEED HIM!!!

Magnet-shroom 7.5/10 It makes tuff metallic zombies look like a wimp but sometimes there is so many zombies that it overwhelms the Magnets!!!

Cabbage-pult 6.1/10 Same as Peashooter. Seriously they both suck later on.

Flower Pot 8/10 This high of a score only because its needed. isecretlywonderifthisflowerpotislacedwithdrugs(420blazin'it)....

Coffee Bean 6.8/10 He wakes up precious mushrooms at DAY! :D. But it adds 75 sun D:! Its the mushroom's fault for sleeping in the day! Lazy shrooms...

Garlic 5.3/10 Works well with Gloom-shroom but a bit too weak. Also, HOW DID HE GET A WIFE! This plant stinks!

Marigold 4.8/10 It gives us money but not that much. Why does it have a slow recharge! COME ON! I NEED THE CASH!!! MAKE IT RAIN!

Umbrella Leaf 9.1/10 Saves my flowers against those damn Catapults. Basketball my a**!

Melon-pult 8.5/10 When you go no Upgrades, this little guy packs a punch! Big headed though.

Gatling Pea 7.5/10 I already liked Repeater and... with a Machine Gun? Pairing this with fire is just insane and so powerful but there aren't situations where you can pull it off efficiently...

Gloom-shroom 10/10 Don't feel depressed little guy! You aren't useless! You are amazing and you stink up the competition!

Cattail 10/10 ANOTHER PERFECT SCORE! At first I felt like this plant was bad because it was only able to be planted in water but it can aim ANYWHERE! And balloons don't stand a chance! And I love cats....er dogs. You know what? Here is some dog food for you.

Winter Melon 10/10 It would be a 43 out of 10 but that would be cheating! Already does heavy damage but it also slows down the enemies! How powerful is that! BTW if you don't have any Melon-pult but you have enough sun to plant one, make sure you plant a "Winter Melon"! *glitch4thewin*

1. Wikia Contributor (Doesn't everyone start with this one :P)

11. Villager (Animal Crossing but the murderer one)*

50. Prince Sidon (Breath of the Wild)

Last one is always the recent one and those with an asterik have a wordbubble.  (Seen Below)

Note: *ProcastinatorMan did the Melvin wordbubble, I forgot to credit him until now.

Never got admin or bureaucrat but its all good.

Retrieved from "https://plantsvszombies.fandom.com/wiki/User:DeathZombi?oldid=2082907"
Community content is available under CC-BY-SA unless otherwise noted.