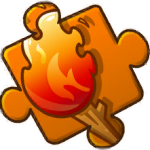 Hi, User! Welcome to my userpage. You are also advised to see my userpage in Bloons wiki.

I am an active user in the Bloons Wiki and on this wiki. I only play the Chinese version of Plants vs. Zombies 2.

Note that I count the ratings as if the plant is Level 4.

Description of usefulness of some special plants

Grapeshot is an interesting plant, as well as a powerful plant, being an even better instant than Cherry Bomb with the same sun cost so he deserves being Legendary. He can be used to clear up great amount of zombies with its grapes and the explosion. It takes about 6 Grapeshots to kill a Level 4 Jurassic Gargantuar so I would use it when there are more zombies. The problem of this plant is that it is too hard to achieve.

Hypno-shroom is an extremely useful plant. Being a plant that can instantly kill a Level 4 Knight Zombie, a Blockhead Zombie or a Jurassic Fossilhead. She can even kill a whole Level 4 Cavalry Zombie just by herself and a help of a Puff-shroom. Put a Puff-shroom or a Thorns on where the Cavalry zombie is and let the horse release the Knight Zombie early, then give the Knight zombie a Hypno-shroom and it helps you getting rid of the horse and the lance. Moreover, obtaining stars helps you upgrade her to Level 3, further increasing her use. The only problem of her is her nerfed Plant Food effect in the Chinese version, making the zombie turns into a Buckethead variant instead of a Gargantuar. Her costume, is also difficult to get, so its Plant Food effect is not to be relied on.

Hurrikale is a universally useful plant, being the only zombie pushbacker, he can be used in anytime, especially when strong zombies come, like a Level 4 Jurassic Gargantuar, who absorbs about 1080 health. Its Freeze effect makes it better with Splash damage plants.

Monkeyfruit is an interesting plant. He is a very very tough plant and can even be used as a player's main defense, a Level 3 Monkeyfruit can even slow down zombies, making it useful even against Gargantuars, it also has Splash Damage, meaning that it can control crowds. Another power of him is the sun cost, a super tough plant for just 200 sun?

The true power of him is in the PvP Mode. Using 2 rows of Level 3 or above Monkeyfruits with 2 rows of Potato Mines and a row of Spring Beans, zombies can't even past the Third Lane, even if they are Level 4 Gargantuars. This keeps your defense well from high health zombies.

Beware that it appears very less in the PvP Store, so try to get as much Puzzle Pieces as you can. Try at least upgrading it to Level 3, or at least level 2. Level 4 is optional because its Plant Food effect is not as good as some other plants.

Being a plant that can remove some recharge time, Imitater gets the job to imitate instant kills and Puff-shrooms for me. Again, he is very useful in all of the worlds especially Dark Ages, Neon Mixtape Tour and Jurassic Marsh, because some slow recharge essential plants like Coffee Bean, Perfume-shroom and Thyme Warp there.

Like Electric Blueberry, it is a very very powerful plant. It can be used to Hypnotize a high level Gargantuar and kill him instantly and it helps you to get rid of the zombies. Hypnotizing a Torcher Zombie can help you burn the whole lane of zombies, making it really useful.

It is extremely useful in Sky City, not only because it can fly, also because some plane zombies can be Hypnotized easily to kill other zombies in a slice, like Mecha-football Zombie.

A good speed controlling plant, a cheaper Winter Melon with an even longer shoot distance just with a slow attack speed, he should be protected by other plants like Wall-nut. Another power of him is his Plant Food effect, that he can even kill few Level 4 Knight Zombies. In late stage, he can even be used lonely with a Defensive plant because it gives crowd damage and accumulate damage if there are only 2-3 zombies.

Retrieved from "https://plantsvszombies.fandom.com/wiki/User:BestBMCplayer?oldid=2266659"
Community content is available under CC-BY-SA unless otherwise noted.