Moon Snail is a plant obtained in 14-3. he has so many abilities.

Special:Either burns, Stomps, shreds or Eats any zombies that come within 3 squares, Slows zombies, Can be planted on Roofs and Water, duplicates a Zombie Yeti 500 times

Must be planted on Grass

Moon snail Hates zombies. He'll make sun to add more anti-zombie stuff, punch zombies from afar, burn zombies when they come near, Squish them, Shred them into chunks measured 3 mm, and he'll even eat them if he needs to.

My version of Plants vs. Zombies

I also have the DS version. 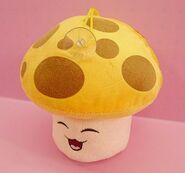 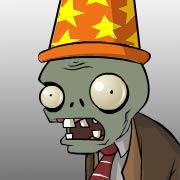 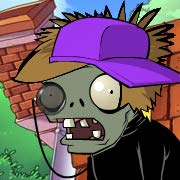 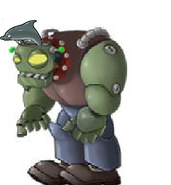 SUN!? MY FAVORITE!
Add a photo to this gallery

My favorite plants from best to worst.

No, no Imitater. it'd be unfair. Please note that I do not count explode-o-nut.

My favorite zombies from best to worst

My favorite mini-games in that order

People that are cool.

These people are cool, but they aren't worthy enough of being friends

Puff-shroom: 8/10. His fast recharge and lack of price makes him good,

Sun-shroom: 6.5/10 Can pay for itself faster than Sunflower, but she (Almanac says he for some reason) starts immature, which is annoying.

Hypno-shroom:5/10 only good for the first football zombie. that's about it.

Scaredy-shroom: 7/10 misunderstood plant. sure it hides, but it never was a problem to me.

Threepeater:1.2/10 WHY WOULD YOU USE THIS!? WHY NOT PLANT # KERNEL PULTS INSTEAD!?

Sea-shroom:0.5/10 way too slow recharge time, I'd rather use puff-shrooms on lily pads.

Plantern:8/10 Very misunderstood plant. Removes fog permanently, and can be protected with garlic (And pumpkin, but garlic protects it better)

Blover:0/10 WORST PLANT EVER! Both of it's uses are ruled out by another plant.

Starfruit: 3.5/10 Almost EVERYONE hates it, and I can see why. it shoots so awkwardly, and opnly good in SS.

Magnet-shroom: 7/10 least favorite of the plants I like, but it can stop annoying diggers, make football zombies feel like wimps, and other thing with a quick cooldown of 15 seconds! useless in SE though because 0of the many zombies.

Kernel-pult:8.5/10 favorite pult besides Winter melon. just as cheap as Cabbage-pult, but throws paralyzing butter, which can be really useful. Cabbage-pults are too generic, and Melon-pults are a bit too expensive.

Coffee bean:9/10 you can't use Gloom-shroom without it!

Umbrella leaf:2/10 Sometimes useless as sometimes it's not worth planting.

Melon-pult:8.2/10 ah, melon-pult. you are out last plant we'll ever get in no-upgrade runs. heavy damage, splash damage, and just a great plant. only problem? too expensive.

Not exact, but close enough.

Don't spam! I have this!

The best game is plants vs. Zombies .

My other 5 favorite games are Terraria, Super MArio Galxy (Both), Sonic 3 & Knuckles, Pokemon Black and White and Spyro.

The worst game ever is Itellivision Lives.

My favorite franchise is Pokemon.

I hate the CoD and Bubsy franchises.

Retrieved from "https://plantsvszombies.fandom.com/wiki/User:AltarofCattails?oldid=140637"
Community content is available under CC-BY-SA unless otherwise noted.