Plants vs. Zombies Wiki
Register
Don't have an account?
Sign In
Advertisement
in: Archived, Games, Use Your Brainz EDU, Games that have closed

Use Your Brainz EDU

Use Your Brainz EDU

Use Your Brainz EDU was an educational version of Plants vs. Zombies 2 developed by GlassLab Games, Electronic Arts, and PopCap Games.[1][2][3] Unlike Plants vs. Zombies 2, it only has the Ancient Egypt and Pirate Seas worlds playable. As of December 20, 2018, it was shut down due to the GlassLab service being suspended.

The Best Mobile Game of 2013 has been transformed into a frighteningly powerful tool to assess problem solving for your classroom!

Developed in a groundbreaking collaboration with PopCap/EA and researchers at Florida State University, Use Your Brainz EDU is exclusive to GlassLab Games. The game unlocks and assesses the critical competency of problem solving.

Set in the Ancient Egypt and Pirate Seas levels, the game has all the fun of the popular commercial title – and now comes with an added layer beneath the game that captures evidence of student problem solving skills.

How it Fits the Curriculum: - problem solving is an essential cornerstone of academic and career success. The lesson plans that accompany the game are primarily meant for 6th-8th grade math, and offer a systematic approach to helping students break down problems and develop problem solving strategies. - educators will have access to real-time reports that show students’ overall abilities, and the following subcomponents of problem solving .

Navigate to glasslabgames.org to access: - standards-aligned reporting, which gives you unparalleled transparency into both class and individual students’ learning - easy-to-use classroom management features, allowing you to create classes and enroll students to play in just a few minutes - turnkey, printable lesson plans, which can help you engage your students in and out of the game - other high-quality, high-impact digital games created by GlassLab and other industry-leading learning game developers

“Unlike traditional materials that aim to assess or train problem solving skills, Use Your Brainz EDU is an engaging and immersive game, appealing to players of all ages as evidenced by the huge success of the commercial app Plants vs. Zombies.” - Valerie Shute, Professor of Ed. Psychology and Learning Systems, Florida State University 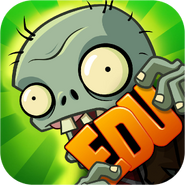 Gameplay of the game 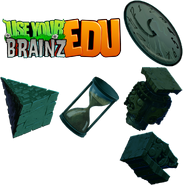 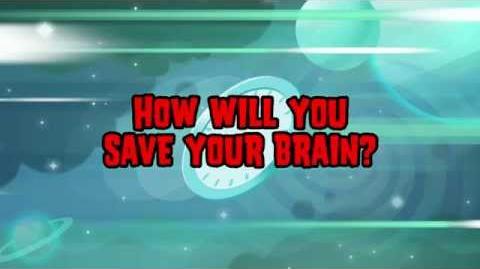 Use Your Brainz EDU Trailer

Main article: Use Your Brainz EDU/Concepts