Tutorial was the intro level of Plants vs. Zombies Online. This was a quick tutorial level that shows the player how to play the game. There are no pathways in this level, and there are no pre-placed plants. This level was similar to Player's House - Day 1 and Player's House - Day 2 from Plants vs. Zombies 2. Sergeant Zombies are introduced in this level. When this level is finished for the first time, the player will get a money bag. This level can be skipped over.

(Crazy Dave appears)
Crazy Dave: Wow! A new world!! This is ..... Qin Shi Huang Mausoleum....!? Are there any tacos here?
Crazy Dave: I am Crazy Dave, your neighbour! Come and follow me to get familiarized on how to defeat the zombies!
(Crazy Dave leaves)

(After completing the level)
(Crazy Dave appears)
Crazy Dave: Dream!? The real challenge is waiting for us!
(Crazy Dave leaves) 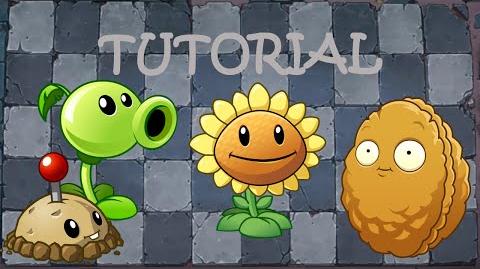 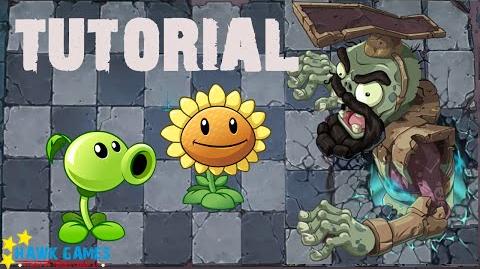 Retrieved from "https://plantsvszombies.fandom.com/wiki/Tutorial_(PvZO)?oldid=2181121"
Community content is available under CC-BY-SA unless otherwise noted.