For the version in Plants vs. Zombies: All Stars, see Trump Tulip.

A plant that can attack at long range, and also heal at close range.

Trump Tulip is gentle in his life, but once he is on the stage, he is full of enthusiasm. He leads a double life and others love and hate him. He often hears people say: "There's an unpredictable guy over there."

Trump Tulip (郁金香号手; pinyin: yùjīnxiāng hàoshǒu) is a plant in the Chinese version of Plants vs. Zombies 2 introduced in the 2.2.7 update. This plant has two forms, in one form, he is yellow and heals other plants, while in the other form, he is red and attacks zombies with blue musical notes (and hypnotizes zombies with red musical notes at higher levels). The healing form is only activated when there are zombies close enough to him.

Trump Tulip is based on the tulip, a genus of spring-blooming perennial herbaceous bulbiferous geophytes, and a trumpet, a brass instrument commonly used in classical and jazz ensembles.

When fed with Plant Food, Trump Tulip releases soundwaves along with ribbons and flowers, which deal damage over a 3x3 area and heal other plants continuously within 3 seconds.

Trump Tulip should be treated as a Heavenly Peach that will not heal, but instead, attack if there are no zombies nearby. Pairing him with defensive plants such as Wall-nut or Endurian is recommended as he prolongs their survivability and attacks incoming zombies. Like with Heavenly Peach and Phat Beet, planting multiple Trump Tulips around Sweet Potatos and Hot Dates can result in an almost everlasting zombie attractor.

Keep in mind that he can't attack if there is a zombie close to him, so zombies such as Swashbuckler Zombie or Lost Pilot Zombie will pose as a huge threat. A way you can prevent this is by using other attacking plants and pairing him with those other plants or pairing it with knockback plants like Chard Guard or Primal Peashooter.

As of Level 2, he is sometimes able to hypnotize zombies, making him a more predictable and cheaper Caulipower when it works, although it is not recommended to make your strategy revolve around this. Always remember that the red notes cannot hypnotize Gargantuars (regardless of levels Gargantuars currently is) and any zombies that are higher level than him.

With his healing ability, however, using Heavenly Peach is better since the latter is cheaper and does not require zombies to get close to heal. 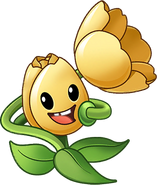 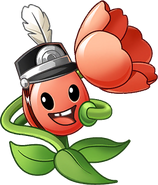 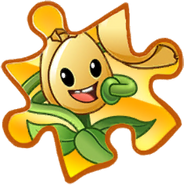 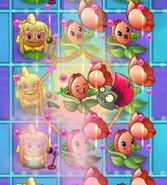 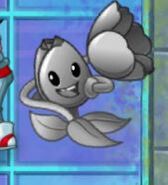 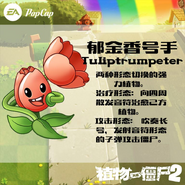 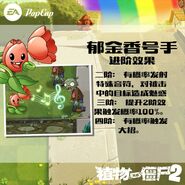 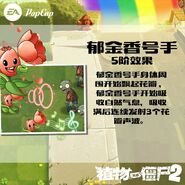 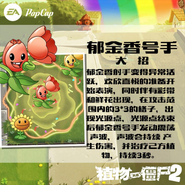 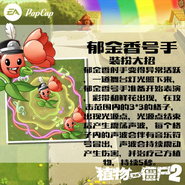 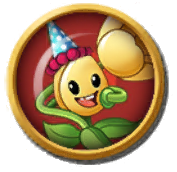 Idle
Add a photo to this gallery

Retrieved from "https://plantsvszombies.fandom.com/wiki/Trump_Tulip?oldid=2223413"
Community content is available under CC-BY-SA unless otherwise noted.