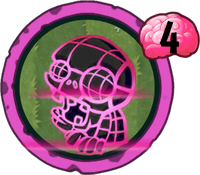 to play, and its ability Conjures an Imp card, a zombie fighter, and a Gargantuar card, any of which can be another Triplication.

Its ability is based on the word "triplication," meaning "to consist of or exist in three corresponding or identical parts."

Its description references the "walk into a bar" type of jokes. It also references its ability to Conjure an Imp, a Zombie, and a Gargantuar, which are all mentioned.

An Imp, a Zombie, and Gargantuar walk into a bar...

This card is essentially Eureka that costs 3 brains more but Conjures 3 random cards, with two of them in a specific tribe into your hand, and can be used by all Brainy heroes. It can reward you an Imp to help strength your defenses a bit, a Gargantuar to deal with the late game, and a random zombie that can range from Skunk Punk to Octo Zombie or Trickster. However, this card is pure luck as while you can get chances for strong Gargantuar or Imp cards like Zombot 1000 or Space Cowboy, you may get worse cards like Zombot's Wrath or Imp.

It is very useful in Rustbolt and Professor Brainstorm decks as it allows them to gain Amphibious zombies which they would naturally lack.

Due to the fact that this trick is in the Gargantuar tribe, this trick works well with Gargologist, who can lower this trick's cost by 2 brains; thus allowing to gain 3 random cards cheaply. However, only Rustbolt can perform this combo normally.

This card can also work well with Dr. Spacetime on the field, as when using this trick, the 3 cards you Conjure will cost 1 brain less, which can allow you to play them very easily. However, only Super Brainz and Huge-Gigantacus can do this normally.

Also note that this will activate Dino-Roar abilities three times.

There is no way to avoid this ability, but if the zombie hero plays this card, be prepared within the next turns as the zombie hero can get a random Gargantuar that may destroy most of your plants and deal heavy damage. However, you can play either Black-Eyed Pea and Sportacus to deter the zombie hero from using this trick, Brainana to prevent usage of this trick, or Forget-Me-Nuts or Dark Matter Dragonfruit to make it harder for the zombie hero to play this. Otherwise, hard removal cards can take care of the Gargantuar given, as it will be the biggest concern most of the time.

While the Gargantuar is the main threat, beware as your opponent can also get a very strong zombie like Octo Zombie or a threatning Imp like Cosmic Imp or Space Cowboy. 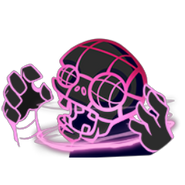 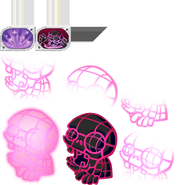