Impfinity Clones with Amphibious in random lanes.
That's how you get Imps.
Triple Threat is Impfinity's premium legendary zombie signature superpower trick card in Plants vs. Zombies Heroes and a member of the

to play, and its ability makes two Impfinity Clones on random lanes.

Its name is a combination of "triple," referring to the fact that Impfinity makes two clones so that it looks like there are three Impfinities; and "threat," an intent for harm or loss on another.

Its description may be a reference to the running gag line, "That's how you get ants." from the adult sitcom Archer.

That's how you get Imps.

Treat this card as Dance Off. If you get this card at the beginning of the game, you should quickly play it as swarming the field with weak zombies is only effective in the early game. Keep in mind that since the Impfinity Clones have the Amphibious trait, they can also be made on aquatic lanes and moved there if needed. Playing Unlife of the Party before playing this trick on turn 2 is a good strategy, since Unlife of the Party gets boosted twice because this trick counts as playing two zombies. 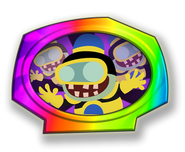 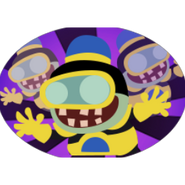 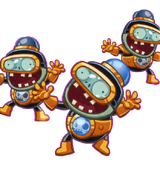 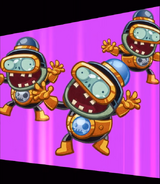