Whenever a Plant is hurt and survives, transform it into a random Plant.
"By Heisenberg's Uncertainty Principle, if you look at a Plant too closely, you actually change what that Plant is..."
Transfiguration is an event plant card in Plants vs. Zombies Heroes and a member of the

It does not have any traits, and its ability transforms a plant, including it, into another random plant when that plant takes damage in any way and does not get destroyed. This ability stacks with each Transfiguration on the field and persists until all Transfigurations are removed from the field.

It is based on the common fig (Ficus carica), an Asian species of flowering plants in the mulberry family best known for its leaf.

Its name is based on the real meaning of transfiguration, a complete change of form or appearance into a more beautiful or spiritual state.

Its appearance is a pun on the word "fig" in its name.

Its description both references its ability, and Heisenberg's Uncertainty Principle, a part of quantum mechanics.

"By Heisenberg's Uncertainty Principle, if you look at a Plant too closely, you actually change what that Plant is..."

Transfiguration is a fun card to play with as it has no restriction on what random plant it can transform into, unlike Seedling. The transformed plant can range from as weak as Peashooter to as powerful as Cornucopia, allowing you to create synergies you normally wouldn't be able to.

Keep in mind that if a plant is destroyed after it takes damage, Transfiguration's ability will not activate. Do not use 1

plants like Puff-Shroom with it, as you will have to boost their health in order to activate its ability. Instead, use high-health plants like Wall-Nut and Invasive Species as if they get hurt and survive, they will transform into a random plant. Transfiguration can also transform a plant into something with 1

, although this cannot be prevented.

Spudow can use this plant well as he has access to health boosts, which can allow more plants to be transformed more, and Galacta-Cactus, which can transform swarms of plants, as if it gets destroyed, all plants will be transformed. However, be careful with this strategy, because it will also transform Transfiguration, shutting down any future transformations unless Spudow protects it with Force Field.

If you have two or more Transfigurations on the field, any plant that gets hurt will transform multiple times, and any time a plant is transformed into another plant with a "When played" ability, that ability will activate before that plant transforms again. This allows you to create powerful combinations, depending on your luck.

Since transforming a plant counts as playing a plant, Muscle Sprout works well with it. However, only Captain Combustible can do this normally. Another problem is that Muscle Sprout must be protected too, and Captain Combustible's protecting options are limited to Torchwood, who is better off with other pea plants, Sweet Potato, who draws aggravation and shortens its own survivability, and Pear Pal and Puff-Shroom, both of which are difficult to utilize as Team-Up shields due to their nature, not to mention that all four have low health. Astro-Shroom has it better, though, as both him and Transfiguration are in the Kabloom class, meaning that synergy with each other is not limited to a certain hero.

Overall, it is absolutely important to protect Transfiguration, so as to make the most use of it. While it has a high health stat that decreases the likelihood of it being destroyed at once, it will turn itself into a random plant if it takes even a small amount of damage, shutting down any future combos with it. Fortunately, Spudow can work around it by playing Transfiguration in Force Field, but he should be wary of opposing environment decks.

Due to its ability, Transfiguration pressures you to destroy all plants you want to in one go. Do not play damaging cards unless they can destroy the plant, whether alone, or with the help of Zombot Sharktronic Sub or the

Deadly trait. You also have to be extra cautious with mass-damaging abilities like Fireworks Zombie's, Gas Giant's, and Barrel of Deadbeards', as it will damage and transform all non-

Armored plants. The only exception is 1

plants, which will be instantly destroyed when they get hurt.

However, Transfiguration can also be an asset for you as its ability allows for an easy way to get rid of strong plants or annoying Team-Up walls that result from transformations. If Transfiguration is on the field, you can hurt the plant (and not Transfiguration) and hope that it transforms into something weaker.

Crazy heroes can do this before combat, giving themselves a bigger edge than usual if the plan succeeds.

Transfiguration itself can be stopped easily, as any form of harm will either outright destroy it (such as playing Rocket Science), or transform it and put an end to its ability. However, you will lose the opportunity to tamper with your opponent's strategy, but it's still better than nothing. 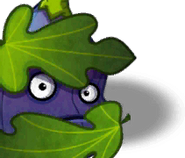 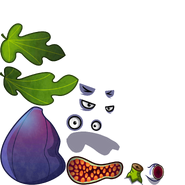 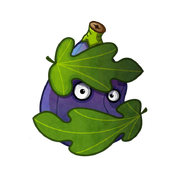 Transfiguration on the field

Transfiguration on the advertisement for the Food Fight Bundle

Transfiguration on the advertisement for the Food Fight Bundle

A notification about Transfiguration 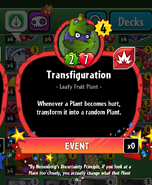 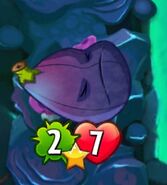 Embiggen being played on Transfiguration

Time to Shine being played on Transfiguration

Transfiguration being the featured card in the menu for the November 19th, 2017 Daily Challenge